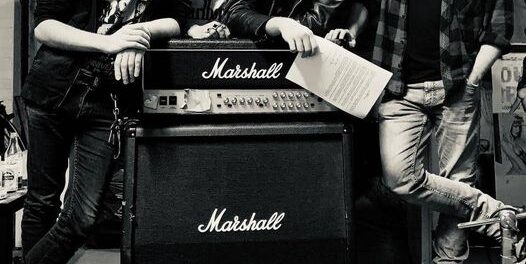 Finnish rockers Rust n’ Rage consisting of lead vocalist Vince, bassist Eddy, drummer Jezzie and guitarist Johnny have signed with Frontiers Music Srl and are currently recording a new album. The group has already released the albums Showdown (2012) and Tales From The Wasteland (2018). 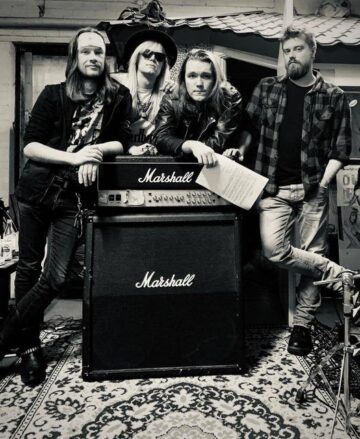 Coming from a small town in Finland called Pori, Rust n’ Rage is made up of four guys who all live for a similar cause: Rock n’ Roll. While individually practicing a lifestyle of hard rockin’ and playing their hearts out around their small town, it didn’t take long for Vince, Johnny, Jezzie, and Eddy to meet and realize they had a shared musical vision. Their musical influences originate from the ’80s, with their idols being such legends as Guns N’ Roses, Judas Priest, Mötley Crüe, Dokken, and the like. Rather than merely be the sum of their influences though, Rust n’ Rage concentrates their songwriting on being separate from their influences, while still maintaining those awesome hard rock riffs and high-pitched vocal screams.

In 2020, things started rolling for the band, having found a new manager and a new producer to help them get their musical vision properly recorded. Based on the strength of their newly created/recorded singles, the band caught the interest of Frontiers Music Srl, who have signed them to a worldwide deal. Signing with Frontiers is an opportunity to release their music to a global audience and to show the world what they are made of. 2021 is gonna be a busy year and the recording of their upcoming album has now commenced.

“We couldn’t be more psyched to join the Frontiers family! We’re huge fans of their releases and to be a part of something so awesome is a dream come true. The album is gonna be fire and we just can’t wait for all of you to hear it. With lots of new kick ass material and our producer Jimmy Westerlund (One Desire), we can promise a musical sensation soothing for your rock-yearning eardrums. We’re gonna drop some singles during the year for you all to get hyped up for the release, and well, what we can say is that you better hold onto your seats, ‘cause it’s about to get wild!” – Rust n’ Rage

Starting to make a name for themselves, Rust n’ Rage has been rockin’ all over Finland. With energetic live shows and anthemic songwriting, this rock n’ roll-quartet is ready to introduce themselves to the world more than ever before.”