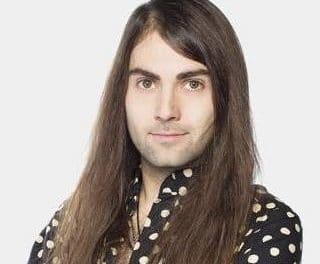 Rusted‘s frontman Tony Rust (also known as Anthony Monderie Larouche) has been competing in the fifth season of television show La Voix, which is the French version of The Voice. La Voix debuted back in the winter of 2013 and its fifth season has been broadcasted via TVA since Sunday, February 12, 2017. The television show is hosted by Charles Lafortune and boasts 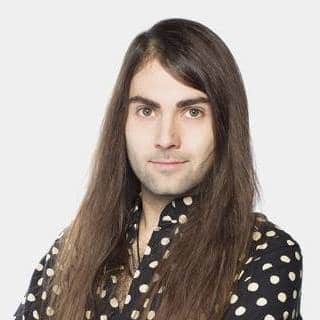 Speaking exclusively to Sleaze Roxx, Rust explained how he got involved with La Voix in the first place as he stated: “The first time I became really familiar with La Voix was a couple years ago when a singer caught my attention singing a Led Zeppelin song. I was like ‘I wish I could do that on TV too! It must be such a great exposure!’ After that, I kind of forgot that show because I had no TV at home back then. Eventually, I met my girlfriend who had a TV, and she was kind of a fan of the show. She told me a couple times, ‘You should go to the audition and try it! We never know! That would be great for people to discover Rusted!’ And we all know the rest of the story. I went to the pre-audition and they called me back!

In terms of how La Voix works, Rust stated: “The voice is a reality TV show where the singers are auditioning in front of four judges who can’t see each singer perform. They can only hear the singer’s voice. So if they think that a singer is good enough to be part of their team, the judges press on a button and then they try to convince the singer to choose them as a coach. After the singer selects his or her team, he or she will compete against the eleven other singers 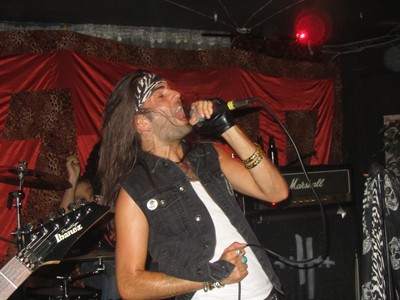 in the team to be the one that will be in the final against the three other finalists.”

With respect to how Rust‘s participation will affect glam rockers Rusted who have already released four albums (Hit By in 2010, Rock Patrol in 2014, Restless Gypsies in 2015 and Live, Wild & Free in 2016), Rust stated: “My participation in La Voix is a great thing for Rusted right now! I have no plans to leave the band and I will do whatever it takes to put Rusted on the map! So the exposure I can bring to myself right now is really profitable for the band. I will not put Rusted aside. I’m only going to work harder on every step of my career to get the band the recognition it deserves.”

Rust recently performed Deep Purple‘s classic “Highway Star” on La Voix 5 and you can check the video below to see whether he was able to get one or more of the judges to push the button, turn their seats around and have the chance to coach him through the competition. You can also follow Rust‘s progress on La Voix via his new Facebook page related to that TV show.