S.H.O.T. release video for “This Is Our War” from new upcoming EP

Rockers S.H.O.T. have released a video for their new song “This Is Our War” from their upcoming EP. 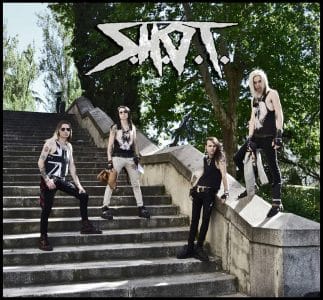 In the year 2010 the band began their history, formed by Lenny Terron on the vocals/guitar, Henry Terron on the lead guitar, Guiller Terron on the drums and Traci Klinger on the bass. Trying to get prominence in the scene they were at, the band has always struggled to do their work on an independent way.

Around one year later, in 2011, they released their first demo, entitled Holocaus Riot, and after many gigs in Brazil, next year they decided to take another step further: in 2012 they were moving to Europe, along two friends, the youngest Terron brother, and Traci‘s cousin.

The first country where they disembarked was Spain. The band arrives there with very few resources, and, after three months, on a struggle for survival, they even had to sell their own instruments.

With all the finance difficulties and the lack of any stability, the bassist Traci Klinger decided moving back to Brazil, leaving the place to their younger brother, Mey Terron, who had been with them through the highs and lows during those last 2 years.

After a big destabilization and with no other way out, the four brothers are forced to live on the streets of Madrid.

Past 2 months living on the streets, the band manages to buy an old guitar, and start getting a little stability from playing music on the streets and in the subway of the city. Eating in charity centers to save some money, they then rented a small room and managed enough money to start recording a new EP (that never got to be released).

After eight months obtaining good popularity in the streets of Madrid, the four brothers along the friend Sonny Klinger, they manage to attract everyday hundreds of people with those unusual concerts on the street, and get to make some new contacts.

With the help of a manager who found them on one of those street gigs, the band then gets to play a handful of concerts and to record two EPs in Poland: “Silent Harm Over Time” and “Crazy System“. In the year 2014, after releasing these EPs, they decide it’s time to move out of Madrid. Making their way through cities like Barcelona, Paris and Frankfurt, and always earning their money with playing on the streets, they eventually make it to their final destination, Berlin. 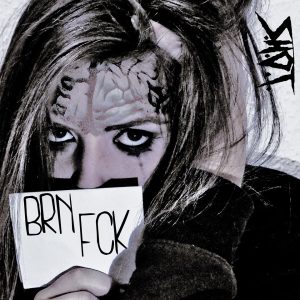 But when they get there, there’s yet again the difficulty of starting from point zero. After living and playing their gigs two more months on the streets, they manage to buy an old trailer, where they lived for a while. In that same period, they enter a recording studio one more time, this time to record the acoustic EP, called “Acoustic S.H.O.T.“.

All in all, six months after their arrival in Berlin, they saved enough cash to start their own small studio, where they recorded their EP “Watchdogs“. It is then that the oldest brother, Guiller Terron, decides to leave the band, to form his own project with the friend Sonny Klinger.

With Guiller out of the band, and for the first time counting on only three members, they make a big change on the lineup: Lenny still on the vocals/guitar, Henry on the bass, and Mey on the drums. But unfortunatelly this line up did not keep for so long, after a couple concerts Mey Terron left the band for personal reasons. The next drummer to join to the band was Frederik Seibel from Germany, but he was temporarily in the band just to record a new EP. With that new formation they recorded on their studio their newest EP, entitled “BRN FCK“. End of 2015 Frederik Seibel left the band also for personal reasons.

In 2016, the Australian Geraint Morton joined permanently to the band to start working on new stuff for the future.”