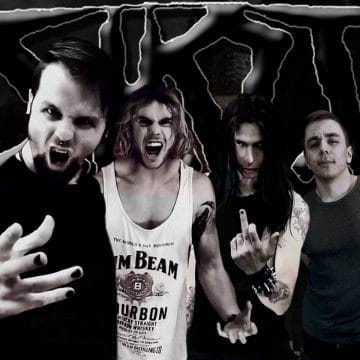 Berlin, Germany based Brazilian rockers S.H.O.T. have released a video for their song “Runaway.”

The group consists of Lenny Terron on lead vocals and guitar, Henry Terron on bass and backing vocals, Martin Aim on guitar and Geraint Morton on drums.

The following message was posted in part on S.H.O.T.‘s Facebook page earlier today:

We are glad to present you our new music video ‘Runaway’, it was made with footage we got on the road during our tour, it is really difficult to portray everything in just four minutes but here goes a little bit of what we lived during one month

We hope you enjoy it