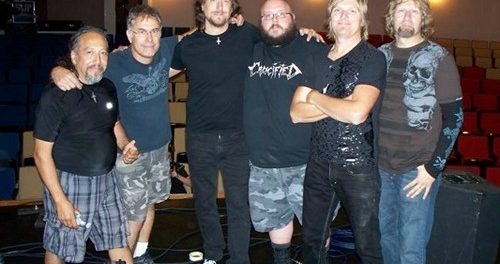 Christian rockers Sacred Warrior have announced that they have parted ways with their singer Eli Prinsen. 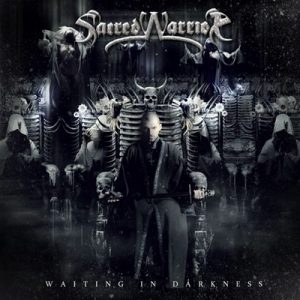 Prinsen joined the band back in 2012 replacing long-time frontman Rey Parra. Prinsen was part of Sacred Warrior‘s first album in more than 22 years, which was entitled Waiting In Darkness.

Sleaze Roxx stated the following in its review of that album: “Sacred Warrior describe themselves as a “Christian band that plays melodic, progressive hard rock/metal, often quite reminiscent of Queensryche and Iron Maiden‘. Frankly, it felt like I was hearing a lost album from early Queensryche upon hearing a good portion of Waiting In Darkness. Sacred Warrior newcomer and lead vocalist Eli Prinsen sounds just like Geoff Tate did when he sang on the classic era Queensryche albums. In fact, if someone would have played me Waiting In Darkness without letting me know who was the artist behind it, I would have told them that I did not realize that Tate had reformed with his old bandmates and that the band had finally recaptured their vintage sound.

The following announcement regarding Prinsen‘s split from Sacred Warrior was made about an hour ago on the group’s Facebook page:

“Hello friends, families, and fans of Sacred Warrior. Today, it is with a very heavy heart that I must let you all know that after a lot of thought and prayer, I have decided to step down as the band’s lead vocalist.

It has become increasingly difficult for me to find the necessary time and availability that the band needs and deserves to keep moving forward.

I want to thank all of the fans that gave me their support and acceptance as the bands new vocalist when I joined four years ago. I had some very big shoes to fill then and also, being a fan of the band, I knew it would be tough for some fans to accept a new voice. The welcome and reception I received was overwhelmingly positive and I really appreciate every kind word ever spoken or printed about me. 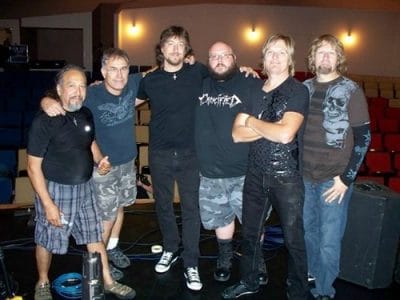 Steve, Bruce, Tony, Joe, Tom, and Jr. I want you to know that I will forever treasure these past four years, especially the year and experiences we all shared during the recording process of “Waiting In Darkness”. Those were some seriously prayer filled times and there were miraculous victories with the health of Bruce, Tony, and Joe. God’s spirit is all over that album, and I feel so privileged to have been a part of it.

Although this is a sad time for me, I am really looking forward to all that God has in store for Sacred Warrior in the very near future. The new material is epic and the fans (including me) are going to absolutely love it.

Thank you, I love you, may God bless you all,

We know the main question that you all probably have, and the answer is NO, Sacred Warrior is NOT breaking up, we have tons of new music mostly finished (sans vocals), and we are VERY excited about the upcoming new record! Other than that, we are relying on God’s good timing to see what is next, and when things will fall into place.

We also ask that you take Eli‘s words at face value… we love him, and there is no bad blood here… nothing “happened”. We wish him all the best, and pray God’s massive blessings on everything he pursues… visit the FB page for his vocal training business and give it a Like to stay connected with him! (https://www.facebook.com/EliPrinsensHVT/)

Join us in thanking Eli for his epic contribution to Waiting In Darkness, and in wishing him well for the future… thanks Warriors, and God Bless!