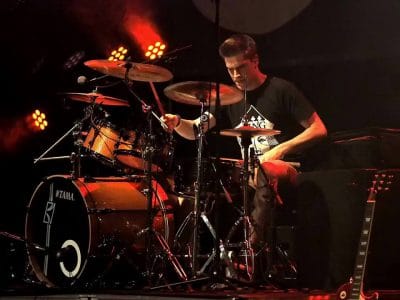 French rockers Sadhayena have announced that they have a new drummer by the name of Antoine Denis. The group will be releasing its debut album Emergency on September 30, 2017.

The following message was posted in part on Sadhayena‘s Facebook page earlier today:

We announce you tonight the departure of our drummer roosvelt, who leaves us for personal reasons. We worked for more than a year with him, it was a great experience and we shared very good times together. We wish him the best in his future plans, and thank him very much.

Regarding his replacement, this is Antoine Denis! You already know him, he is one of the bands Comalane and Stagnarok!!

Sadhayena‘s “No Time To Waste” video:

First video / single from the debut album “Emergency”, out on September 30th.