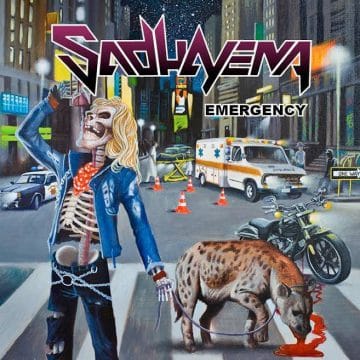 France glam metal rockers Sadhayena have released a video for their song “No Time To Waste” from their upcoming debut album Emergency, which will be released on September 30, 2017.

The group consists of:

The group formed back in 2014 and will apparently have ten songs on its debut album as per the information conveyed in the band’s crowd funding campaign for its debut album.

Sadhayena‘s “No Time To Waste” video:

First video / single from the debut album “Emergency” OUT NOW® ALL RIGHTS RESERVED Directed by Alexandre Production ℗ & ©- Get your copy here:https://sadhaye…