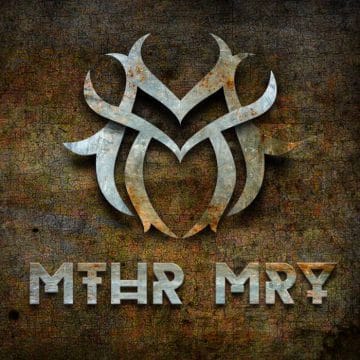 “Born in 1988 and reborn in 2017, Mother Mary features members of Saigon Kick, The Cult and Red Sea.

Picking up where they left off, Mother Mary again roams the bluesy avenues of a life fully lived.

Technology allows the band to write and record music once more. This time, it’s without concern for fashion or trend. It’s because they can.”

Back in September 2017, Full In Bloom interviewed McLernon, Basauri and Gilbert and asked them how Mother Mary got formed.

Gilbert advised: “The last functioning Jag Wire lineup was Joey Cristofanilli on bass, Anthony Ballantoni on drums, and Robert Basauri on vocals, Howard Drossin on guitar and myself. Howard left to form Flies on Fire which left us without a guitarist, and Anthony mentioned that he knew Chris (McLernon). Our paths had crossed before, we both were called for Lita Ford at one point, so we said ‘great’. Our first rehearsal was a riot, the chemistry was there immediately. We had begun the second Jag Wire album already, and after some rehearsal with Chris, and writing some new material, we went in and re-recorded the tracks and some new ones. Since there were few original members left, we wanted to change the name to Mother Mary, unfortunately our manager at the time was dead set against the change. While we were debating, everyone got calls to do other projects. Chris ended up in Saigon Kick eventually, Robert did the Red Sea project, and I was called to fill in for John Webster with The Cult. That was the origins of this lineup. Then about a year ago, I was approached by a label which wanted to re-release Made in Heaven (the 1985 Jag Wire album). I mentioned that there were serviceable copies of the 2nd Jag Wire album, and would they be interested in using those as bonus tracks. I began searching everyone down. It was Chris who mentioned getting back together to do some recording. We have been doing everything remotely, with Chris handling the producer chores at Ocean Studios.”

McLernon indicated: “Mother Mary had been together in the late 80’s, trying to get a record deal. We were ahead of the curve, as they labels didn’t want bluesy hard rock. Guns and Roses hadn’t hit yet, and neither had the Black Crowes. If we had just been 18 months later…” McLernon also added: “Vince and Robert were in Jag Wire, and when that dissolved they met me via Anthony White, who was later my bandmate in Cold Sweat. We all hit it off right away, and started recording demos soon after that. We couldn’t get signed, so everyone split apart…Thirty years go by. Then the internet and hard drive recording arrived, which allowed us to be in separate places and resume writing. It was crazy – we picked up right where we left off; within a week were we up and running.”

In terms of future plans, McLernon indicated: “More recording, as we have around 40 songs waiting to see the light of day. The current EP – Insecurities Exchange – marks the halfway point. There are six other songs waiting to be completed, and then we will release it all as an album.”

You can read the rest of the interview with McLernon, Badauri and Gilbert at Full In Bloom.