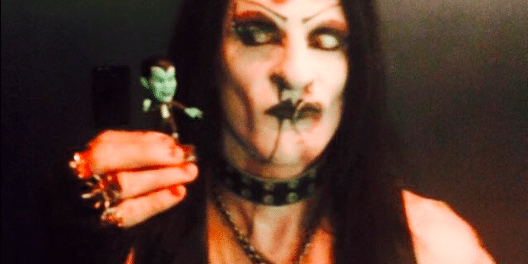 Hollywood, California, USA based shock rockers Salems Lott have parted ways with their drummer Tony F. Corpse who played on their two albums Salems Lott (2015) and Mask Of Morality (2018). 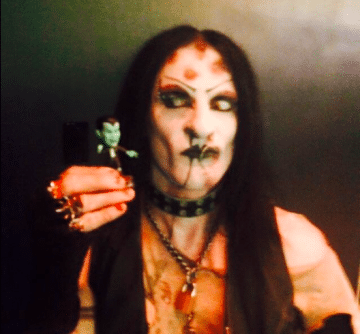 “We regret to inform you that Salems Lott and drummer Tony F. Corpse are parting ways. It has been a pleasure to have spent the past 4 years with Tony creating music & memories. We wish him nothing but the best in his future endeavors.

We will still be performing all upcoming shows as planned and will have a great new drummer stepping in.

We look forward to seeing you all January 24th at El Cid. It’s going to be a great show.

Sleaze Roxx stated the following in its review of Salems Lott‘s Mask Of Morality album: “When listening to this, think of a combo of Yngwie Malmsteen style songs with its guitar frenetics and the mild classical sounding moments. Lead vocalist Monroe Black even sounds more power metal like in a gruffer way. Next, think of Creatures Of The Night era KISS, with the more heavy rock elements and the bigger choruses giving them that more stadium rock feel in the music. Speaking of KISS, don’t be afraid of the band’s image because these guys mean business. I am not sure how many readers are familiar with the genre Visual Kei from Japan but I think the band members draw heavily from this genre, in how they look and much of the band’s graphical presentation, videos etc.”