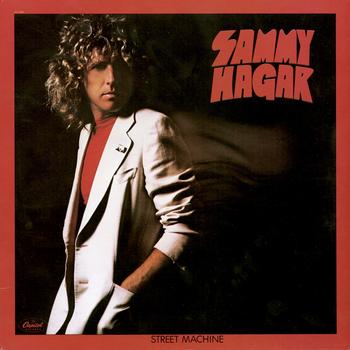 SAMMY HAGAR AND THE BABYS ALBUMS GET REISSUED

This is the first time ever that the three The Babys titles are released on CD in Europe, finally back in print by popular demand following a limited US-only CD run in the early 2000’s. Those however, have been out of print for nearly 10 years now, a period during which demand for Babys music has seen a dramatic resurgence of popularity.

SAMMY HAGAR, later to make a huge impact in Van Halen, first exploded on the rock scene as the front man of Montrose, playing his part in creating what was unquestionably one of the greatest debut albums of all time. It was a record that sent seismic shock waves around the globe, helping to propel the hard rock scene, and Hagar, into a new era.

In 1975, Hagar left Montrose and opted for a solo career, signing to Capitol Records. His first few albums were tentative steps towards a sound and style that would blossom with the recording of ‘Street Machine’, a record that was, for the first time, in the writing and production, completely controlled by Hagar, and with his eyes firmly focussed on the hard rock prize.

Packed with knockout punches, the album showcases one of the world’s greatest showmen, whose voice and song writing ability are captured in pristine clarity. From the anthemic lead track, ‘Growing Pains’, to rough and tumble guitar-fuelled rockers, such as ‘Trans Am’, ‘Feels Like Love’, ‘Plain Jane’, ‘Straight To The Top’ and ‘This Planets On Fire (Burn In Hell)’, the intention is loud and clear; the red rocker is taking no prisoners and laying down the law with all the fury of a man on a life or death mission. ‘Falling In Love’ features backing vocals by Brad Delp, Barry Goudreau, and Sib Hashian of the group Boston.

‘Street Machine’, then, remains an essential high point in an illustrious career that continues to this very day with the new super-group Chickenfoot. 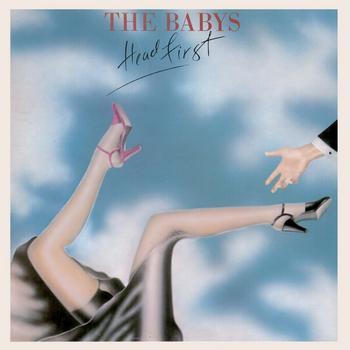 IMAGINE YOU are a mid seventies rock band from London. You get signed to a hip and happening label – Chrysalis Records. You’re debut album is recorded in Toronto with Bob Ezrin (Alice Cooper, Pink Floyd). The label pays for you to relocate to Los Angeles where you sit in the sun and record your second album, which unexpectedly produces a worldwide hit single, ‘Isn’t It Time’. Life is good and it can only get better, right? Well, not exactly…

Cocky and full of self confidence the Babys recorded their third album ‘Head First’, produced by Ron Nevison (Led Zeppelin, Bad Company, Heart etc), only to be told by their label that it wasn’t, er, ‘what they were expecting’ and could they please go back and take another stab at it. It was a soul destroying moment and one that resulted in major upheaval, with founding member Mike Corby departing the band for good.

Reluctantly, the band re-cut ‘Head First’ and, against all odds, continued their path to fame and fortune by producing yet another huge US TOP 15 hit single, with the classic ‘Every Time I Think Of You’, and touring with some of the biggest names in rock.

Fronted by one of the world’s most talented vocalists, John Waite, ‘Head First’ (released in 1978) is a remarkable album, from conception to execution, containing a brace of tracks that builds on the band’s blues rock roots to incorporate melody and sophistication tailor made for American rock radio. 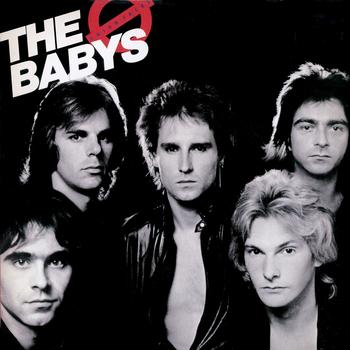 ‘UNION JACKS’, the Babys fourth album, issued in 1980 and produced by Keith Olsen (Foreigner, Whitesnake, Rick Springfield, Fleetwood Mac etc), heralded a change to not only their sound but also their line-up. Introducing keyboardist Jonathan Cain (later to join Journey and Bad English) and bassist Ricky Phillips (also a future member of Bad English, Coverdale/Page and currently a member of Styx) to the fold, the band tweaked their style, introducing a punchier and dynamic edge. In addition, both of the new members collaborated with song writing, which helped to propel the band into a new, almost more modern, era but that is not to say they left their rockin’ shoes at home. Far from it.

Stuffed full of tough-guy riffs, and brilliantly emotive vocals from John Waite, the album oozes sophistication but retains a rough-hewn urgency that keeps the energy firmly in the red zone. The album birthed yet another US TOP 40 hit single, the anthemic ‘Back On My Feet Again’, cementing the Babys reputation as one of the greatest melodic hard rock bands of the period.

TRACK LISTING:
1. Back On My Feet Again
2. True Love True Confession
3. Midnight Rendezvous
4. Union Jack
5. In Your Eyes
6. Anytime
7. Jesus, Are You There?
8. Turn Around In Tokyo
9. Love Is Just A Mystery

THE BABYS ‘ON THE EDGE’ 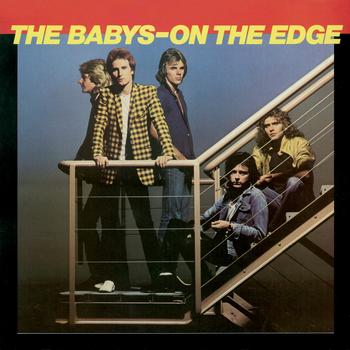 THE BABYS fifth, and final, album (originally released in 1980) was conceived and executed in an atmosphere of confusion and fatigue. And the fact that it still managed to feature numbers that would be able to muscle their way into any fan’s top twenty Babys tunes is testament to many things. Tenacity, for sure. Bloody-mindedness, certainly. But maybe more than anything, the best moments of ‘On The Edge’ pay tribute to the group’s inherent musicality, and the uncanny way that vocalist John Waite has of pulling unforgettable melodies seemingly from out of nowhere and then imbuing them with a deep sense of raw emotion.

Apart from the music, however, the band was beginning to implode. Chrysalis had gone through an organisational restructure, inter band relationships were at breaking point, Jonathan Cain was about to jump ship and join tour headliners Journey and, at a fateful gig in Cincinnati, John Waite severely injured his knee, forcing the band to cancel all live work. At that point it was all over bar the crying.

Produced, once again, by Keith Olsen (Foreigner, Preview, Fleetwood Mac etc) and recorded in Los Angeles, ‘OTE’ contains ten slices of top class melodic hard rock, with all the accoutrements that you might reasonably expect from such a seasoned band – from lean and mean hard rock to more melodic faire and all points in between. The lead single “Turn And Walk Away” broke into the US TOP 50 singles chart. The end, then, to a magnificent career, but at least they went out in style with ‘OTE’ being an essential and fitting finale.

SPECIAL OFFER:Commencing 18th May 2009 for two weeks only all four releases will be available from the Rock Candy website www.rockcandyrecords.com for the discounted price of £10.99 including shipping anywhere in the world. In addition, if you purchase all three Babys albums they can be had for just £29.99 including global shipping.

Courtesy of www.sleazeroxx.com and www.rockcandyrecords.com