Former Van Halen and Montrose frontman Sammy Hagar has played with some of the best guitarists in the world given that he has released albums with the legendary Eddie Van Halen (Van Halen), Joe Satriani (Chickenfoot) and Ronnie Montrose (Montrose). 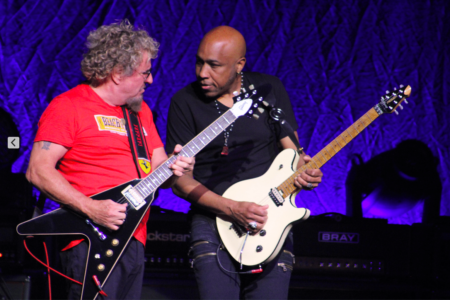 “Happy birthday to my right hand man, my left hand man just plain old main man Vic Johnson. Big walked into my studio in 1996. Played “Rock Candy,” “Three Lockbox,” and “Finish What You Started.” We shook hands and 25 years later we are still rockin together. As much as I love to play guitar, when you got a guy like Vic Johnson on your team you will always be the second guitarist!!!

Sammy Hagar & The Wabos‘ “Finish What Ya Started” video: