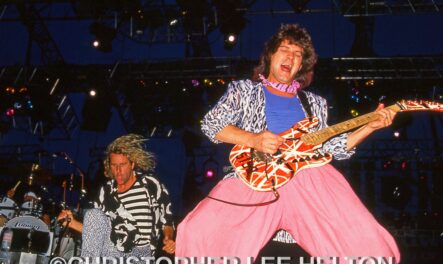 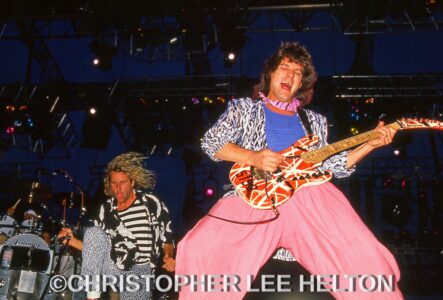 Daly noted that bassist Michael Anthony‘s background vocals are front and center on Crazy Times, so he asked Hagar whether that was intentional. Hagar replied (with slight edits):

“Yeah, it was. We knew we wanted the classic Van Halen backing vocals. And Mike sings just the same as he did back then, so we totally embraced that. We tried to use every trick Van Halen would use in the studio for the background vocals, but we couldn’t find the sound.

“So, I called Ted Templeman in the middle of the session to ask how he made them happen on those classic Van Halen albums. I remember saying to [producer] Dave [Cobb], ‘How are we going to get those backing vocals down? I want Mike to sound like he did on “Runnin’ With The Devil” and “Top of The World”.’

“And Dave said, ‘I don’t fucking know, man. We’re not getting it. Can you call up Ted?’ So, I called up Ted, he gave me his formula, we went in, and boom, we had Mikey‘s vocals. And with those vocals, we have an album rivaling Van Halen. I genuinely believe that.”

In terms of how he measures Anthony‘s importance on himself both on a personal and musical level, Hagar indicated:

“Mikey is like my brother from another mother. So much so that back in the early Van Halen days, Eddie [Van Halen] would get all jealous. Because Mike and I would get into these soulful conversations for hours, and Eddie would be on the outside looking in.

“And this was when we were all getting along great, not towards the end when our marriage fell apart. But even in the early days, Eddie would say, ‘Hey, I wanna hang out like you and Mike do.’ And I was like, ‘Cool, man. Let’s do it. So, what’s the problem?’

“The way it was in Van Halen was Eddie and Alex [Van Halen] would get together and do their family thing. And Mike and I would always be the ones that would get tacos and margaritas and talk about life when we were on the road. And in the end, when we were arguing, and Van Halen was falling apart, me and Mike had our own plane because they were trying to keep Eddie and me apart.

“I guess Mike and I are cut from the same cloth. Eddie hated it, would get mad on stage, and called it stupid, but we had our inside lingo and were always very close.

“And that’s accented by the magical sound of his background vocals layered over my lead vocals. It’s a unique sound that can’t be described and that I’ve never had with anyone else.”

You can read the rest of the interview with Sammy Hagar at Guitar World.