Former Van Halen frontman Sammy Hagar was recently interviewed by Forbes in advance of Sammy Hagar & The Circle‘s debut album Space Between, which is a concept album and will be released on May 19, 2019.

Hagar explained the concert album as follows: “This is a story about a long philosophy – it’s about money, greed, enlightenment and truth… It’s about the misconception that money is the root of all evil. And what can happen to someone when they get caught up in greed but then have an enlightenment and come around to the truth: the truth of the matter is that greed is the problem.” 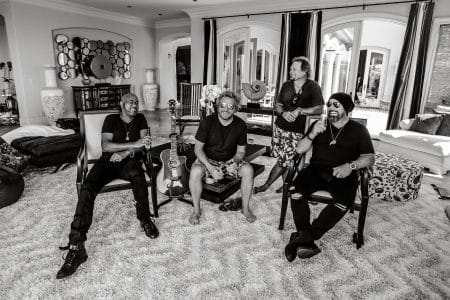 Hagar continued: “I just wrote the chapters one at a time. I feel like I accomplished one of the biggest tasks I’ve ever bitten off in my life… There’s too much greed out there, man. I think the world needs to hear this right now.”

You can read the rest of the article / interview with Sammy Hagar at Forbes‘ website.