Granted, Sandness‘ new album Higher & Higher has been out for almost six months now given that it was released back on December 16, 2016 via Sleaszy Rider Records. However, it is only through The New Wave of Hair Metal‘s Facebook page that Sandness have come again to Sleaze Roxx‘s attention. 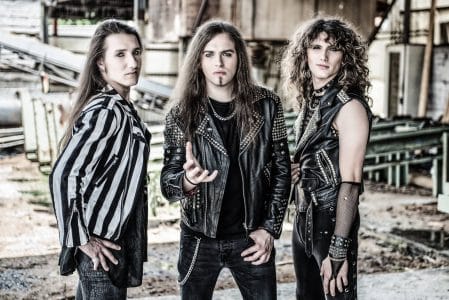 Sandness‘ “Biography” on their Facebook page states (with slight edits):

“Sandness is the result of a project which started out in 2008, when two teenage friends, Mark Denkley and Metyou ToMeatyou (bass and drums respectively) decided to form a hard rock band, in order to bring the ‘80s back to life with original tracks. The band’s line-up went through some changes across the years, and the only one who seemed to have the same ambitions of the founding members was Robby Luckets, who joined the band in 2009 and is now Sandness‘ lead and rythmic guitar player. During the last few years the band has achieved a good success both in Italy and abroad, and they had the chance to play as support band for renowned musicians such as Adam Bomb (2010), L.A. Guns (2011) and Tygers Of Pan Tang (2015).

They released their first demo “Return To Decadence” in 2010, but it’s with the second one, “Life Without Control” (2011), that they started their rise to success all over the world thanks to the digital media. In 2011, Sandness went on a short tour in the Latvian capital Riga and in 2012, they played the renowned “Glam Fest” in Marseilles, France. In the past few years, they also went on several European tours (2013, 2014 and 2015) and gained fans from all over the Continent. Their first official album “Like An Addiction”, was released worldwide on 5th April 2013 by Sleaszy Rider Records, with which their record contract has been renewed in 2016. Sandness‘ second album is called “Higher & Higher” (date of release: 16th December 2016). The band will promote their new tracks on new European dates which will be announced very soon. 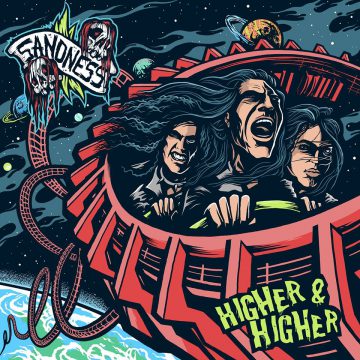 See you on the road!”

Official video of the first single from our second album “Higher & Higher” released by Sleaszy Rider Records on 16th December 2016.The album is available her…

Official video from our first official album “Like An Addiction” released by Sleaszy Rider Records in 2013.The album is available to buy on Record Stores: iT…