Santa Cruz drop video for single “Under The Gun” 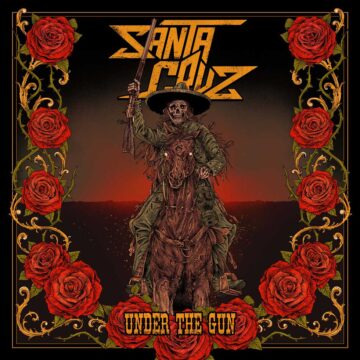 The Finnish rockers made headlines around the world for seemingly the wrong reasons when backing vocal tracks played for about 20 seconds with none of the four members near a microphone during their concert at the legendary Whisky A Go-Go in West Hollywood, California, USA on April 6, 2022.

Santa Cruz were not surprisingly then criticized by a number of people including the one and only Eddie Trunk and the news was published by many online publications including Blabbermouth, Metal Sludge and Sleaze Roxx.

Rather than own up to what occurred, Santa Cruz frontman Archie Cruz suggested that the backing vocals tracks playing without anyone singing in a microphone was part of a planned publicity stunt when he posted on social media: “Pro-tip: fuck up a track live in purpose & get a shit-ton of free publicity. Y’all fucking bought that shit.”

Cruz went on to publicly criticize Trunk and Metal Sludge principal (and Tuff singer Stevie Rachelle) for calling out Santa Cruz on what can only be described as a botched live segment during a concert. Cruz has since publicly apologized for his comments towards Trunk and Rachelle, and Santa Cruz will be returning for a show at the Whisky A Go-Go on August 25, 2022 to seemingly try to redeem themselves.

Santa Cruz‘s “Under The Gun” video: