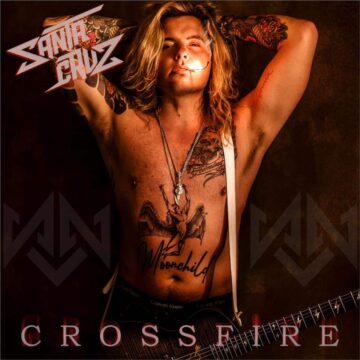 What is going on with Santa Cruz? That is certainly a legitimate question to ask after the group spearheaded by frontman Archie Cruz released videos for two new singles “Moonchild” and “Crossfire” earlier this year. However, since then, Santa Cruz have been rather silent.

It’s no secret that Santa Cruz have had numerous line-up changes ever since guitarist Johnny Parkkonen, bassist Middy Toivonen and drummer Tan Fagerstorm quit the band in mid-March 2018 while the group was in the midst of a tour of the United States of America. Since then, there have been various musicians associated with Santa Cruz including guitarist Brody DeRozie, a 19 year old (at the time) guitarist named Pavel and bassist Ero Lambert.

“To anybody asking about my musical plans and wether “Santa Cruz” still exists: This is what I wanna do. Make a record full of songs I enjoy, gather a few solid dudes I enjoy playing with and have some fun with it. No big business plans, no need for millions of streams or platinum records, no drama, no bs. Just back to basics and getting better at my craft. And take my time with it too. If we get to tour the world and it resonates with people, great. If not, I don´t mind playing parking lots, lol. – Archie .”