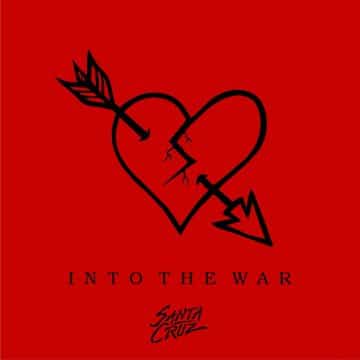 Sleaze Roxx‘s last review of a Santa Cruz album dates back to the band’s self-titled record released back in March 2015 to which Sleaze Roxx opined:

“After naming Screaming For Adrenaline 2013’s Sleaze Roxx album of the year, expectations for Santa Cruz‘ sophomore effort were exceptionally high. Never in my wildest dreams did I expect the follow-up to end up like this — at times an unrelenting evolution, but all too often a colossal disappointment. When press releases stated the Finnish group were distancing themselves from the glam metal approach of their past, I didn’t realize how far they were willing to remove themselves from their previous sound.

There were a few times when Santa Cruz reminded me of the progression Skid Row made between their debut and the much heavier Slave To The Grind. However I quickly realized those similarities were in the minority and instead I was listening to a group that was willing to completely alter their sound in an effort to appeal to a modern rock audience that would probably never embrace them. To tell you the truth, by the time I got to the second half of this album I was feeling annoyed, pissed off and betrayed.”

The third preview track from the Helsinki Hellraisers’ new album, “Katharsis,” which will be released Oct. 18. Pre-order it here: http://smarturl.it/katharsi…