Finnish rockers Santa Cruz are back with a new single titled “River Phoenix” which you can listen to or download here. 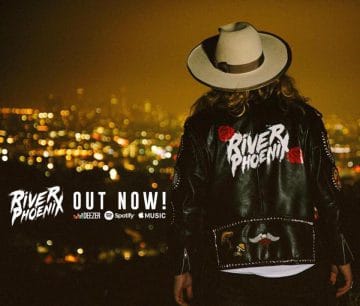 Sleaze Roxx in particular is very interested in the direction for Santa Cruz‘s third full-length studio album. Santa Cruz landed the #1 spot on the Sleaze Roxx’s Top Ten Albums of 2013 with their full-length debut album Screaming For Adrenaline. Sleaze Roxx stated at the time: “In a year that saw new releases from sleaze heavyweights such as Crashdiet and Hardcore Superstar, who would ever have dreamt that a fresh young band from Finland would trump them both? Santa Cruz did the unthinkable, smashing their way to top spot with their hard-hitting full-length debut ‘Screaming For Adrenaline’. With equal parts Skid Row metal mastery and Spread Eagle sleaze, Santa Cruz caught the eye of Spinefarm Records and the ear of every hard rock fan that longs for the return of flowing hair, leather pants and endless alcohol filled nights.”

Santa Cruz then changed their musical direction with their self-titled second full-length studio album to Sleaze Roxx‘s dismay who stated in its review of that record: “After naming Screaming For Adrenaline 2013’s Sleaze Roxx album of the year, expectations for Santa Cruz‘ sophomore effort were exceptionally high. Never in my wildest dreams did I expect the follow-up to end up like this — at times an unrelenting evolution, but all too often a colossal disappointment. When press releases stated the Finnish group were distancing themselves from the glam metal approach of their past, I didn’t realize how far they were willing to remove themselves from their previous sound.

There were a few times when Santa Cruz reminded me of the progression Skid Row made between their debut and the much heavier Slave To The Grind. However I quickly realized those similarities were in the minority and instead I was listening to a group that was willing to completely alter their sound in an effort to appeal to a modern rock audience that would probably never embrace them. To tell you the truth, by the time I got to the second half of this album I was feeling annoyed, pissed off and betrayed.”