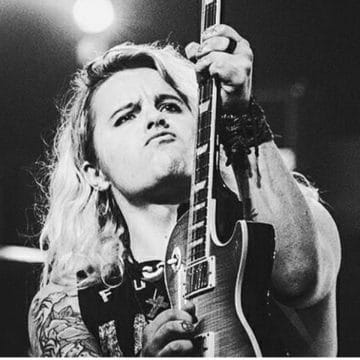 Santa Cruz frontman Archie Cruz was recently interviewed by Bravewords and spoke about the group’s new album Bad Blood Rising, the band’s attempts to pierce the US market and about other older bands like Crazy Lixx, Reckless Love, Hardcore Supertar and Steel Panther.

“We’ve been so relentless getting a market in the U.S. by touring there a couple times we’ve tried really hard to grow a fan base over there and do as much U.S. gigs as we can, interviews as we can and to me we are more American than like Crazy Lixx and those bands.”

“Steel Panther is the greatest of the bands you’ve mentioned… because Crazy Lixx and Reckless Love, they take themselves too seriously; if you’re going to be a nostalgia act, then you have to do the shit Steel Panther does. You can laugh at it, but still be fuckin’ badass. I’ve seen them twice and it was fuckin’ insane. It’s comedy with the best rock show you’ll ever see.”

You can read the rest of the interview with Archie Cruz at Bravewords.