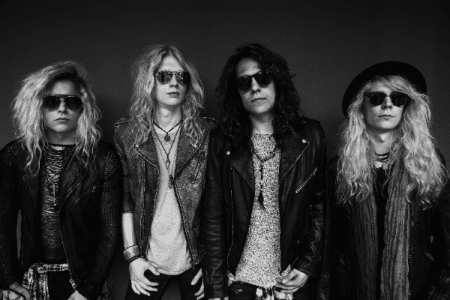 Lock up your daughters, hide your booze, and grab your earplugs, because Santa Cruz will return to American soil this April and May. The boys are back with the intention of kicking a whole planet’s worth of ass, partying hard, and rocking the hell out as the main support act on Sebastian Bach‘s upcoming tour. The trek kicks off on April 27 in Jacksonville, Florida and runs through Salt Lake City in June.

Santa Cruz are the bad boys of the Finnish rock scene and while they like to have a good time while raising hell on the road, they never lose sight of the task at hand, which is putting on an unforgettable show; they live to rock and rock to live and they quickly turn bystanders into fans with their live show, which is ripe with riffers.

Santa Cruz released their latest album, a self-titled affair, last year on Spinefarm Records. The band also appeared on an episode of AXS TV’s Breaking Band, in which Bach himself served as their mentor. Check out footage below.