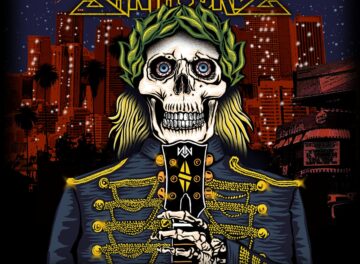 Santa Cruz consisting of long-time frontman Archie Cruz and new members — guitarist Jerry Jade, bassist Tommy Bradley and drummer Randy McDemian — have unveiled a video for their new single “Here Comes The Revolution” from their upcoming album The Return of The Kings, which will be available on August 26, 2022. 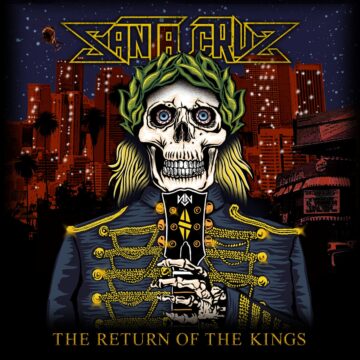 “Internationally acclaimed ‘80s-influenced hard rockers Santa Cruz have revealed the music video for “Here Comes The Revolution,” the second single from the group’s upcoming new album, “The Return of the Kings.” Featuring performance footage from the world-famous Whisky-A-Go-Go gig, the new song showcases a heavier and more in-yer-face sound exemplifying the diversity of the band’s new album.

“The Return Of The Kings,” which again features cover art by Tim Lenoir (Guns N’ Roses, The Rolling Stones), will be released on CD, digital and limited-edition colored vinyl (200 copies) on Aug. 26th. Pre-Order now:

“I feel like this is my absolute best work so far,” further explains Cruz. “Having written all the songs, played all the instruments, and co-produced the record, I feel like this album truly represents me as a musician and an artist. I don’t think anybody will be disappointed on this banger of a record.”

Archie Cruz recorded “The Return Of The Kings” – the follow-up to 2019’s “Katharsis” – as a one-man studio project through 2020 and 2021 in his Native Finland with co-producer Otto Halonen (Apocalyptica, Hevisaurus, Wheel) and mastered by Svante Forsbeck at the esteemed Sonic Pump Studios. To fully enact the vision for the new record in the live setting he has turned to the modern Los Angeles hard rock revival which sees Finnish frontman/guitarist and founding member Archie Cruz now joined by the Los Angeles-based trio of guitarist Jerry Jade (Bad Gvy), bassist Tommy Bradley (Revelry Gang), and drummer Randy McDemian (Abrahadabra Clothing) paying tribute to the old-school Sunset Strip influences while also reinforcing the updated take on the sound that has allowed Santa Cruz to win over audiences worldwide. The band has announced a couple additional new shows including New York’s The Bowery Electric on Aug. 16th and a return to the Whisky on Aug. 25th for a retooled performance.”