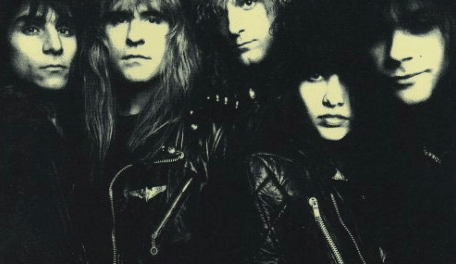 American rockers Saraya‘s lead vocalist Sandi Saraya was recently interviewed by Focus On Metal and spoke about Saraya‘s plans to release a new album and the first one since 1991.

Saraya stated (as transcribed by Focus On Metal with slight edits): 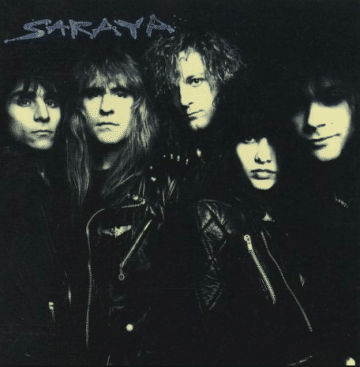 “The new Saraya music is more like the second record and I love it. First song that’s completely done and in the bag is a song called ‘Code Blue’ and I can’t stop singing it”.

“The urge to sing rock music is not something that ever went away, I didn’t have the time really and my focus was all changed. I never stopped singing, I would still do things locally with musicians. Thinking about coming back professionally, it’s probably been three years. I don’t know why. I love performing, writing and singing but the thought of going back into the business part of it was deplorable to me.”

“So many other things I’m working on right now, pieces of songs and hopefully soon we can move on to a studio and record it.”

“No label yet, we have a lot of options. All we are focusing on is strictly the music right now, until that is done and in the bag, we are not even thinking of a label. I know Tony (Bruno) is talking about maybe Frontiers Records but I’m going to talk to people that approached me and said…. you know ‘Anytime you have something’.”

“I am enthusiastic about doing it again. I’ve kept myself in good shape and I can still pull it off and give it.”

The “almost official” Facebook page for Saraya tells the band’s story as follows:

“This story will tell you all the facts we know from a band that started their career in 1987 as Alsace Lorraine. Hailing from New Jersey and founded by Gregg Munier (keyboards) and Sandi Saraya Salvador (vocals). At the end of ’87, the line-up was completed by Gary ‘Skid’ Taylor (bass, vocals), Tony Rey (guitar, vocals) and Chuck Bonfante (drums).

Tony Rey had played in Danger Danger before he joined Alsace Lorraine. And he’d already worked together with Chuck Bonfante on the never released second solo album by Joe Lynn Turner. Because Sandi can be seen as the face of the band, the name Alsace Lorraine changes into Saraya, although “Alsace Lorraine‘ is to be found as a song title on their debut album “Saraya“. Produced by Jeff Glixman, the album was released in ’89. 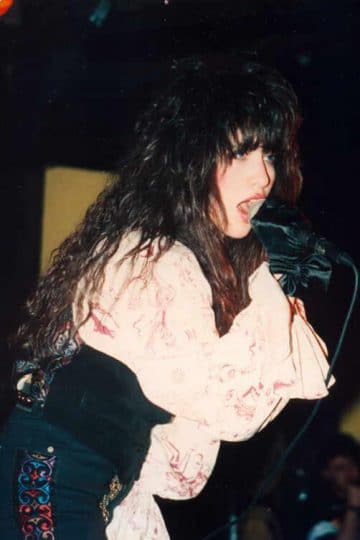 It contains eleven catchy songs. The eyecatchers are the strong compositions with great guitarwork and the clear vocals of Ms. Saraya, being the ultimate cross between Pat Benatar and Ann Wilson (Heart). Although Sandi‘s favorite female vocalists are Patti Smith and Chrissie Hynde (The Pretenders). Sandi also loves the music of Bad Company, Aerosmith, Peter Frampton and Led Zeppelin. Listening to the first single/videoclip of “Love Has Taken Its Toll”, you’ll certainly hear these influences back in their music. Sandi‘s all time favorite vocalists are Paul Rodgers and Glenn Hughes, very big names indeed. But with the release of Saraya‘s debut album, fame and fortune were already predicted by their fans and the press. Saraya toured with Bad English in America, who were at the top of their success at that time. In the same year, Saraya was asked to add one song to the “Shocker” soundtrack. They record the beautiful ballad “Timeless Love” and appear on the soundtrack together with bands like Iggy Pop, Voodoo X, Megadeth and Bonfire.

Then it’s time to make a second album, but this doesn’t happen without any problems. Bassist Gary Taylor is being replaced by Barry Dunaway, whom we already know from his work with Lou Gramm and Yngwie J. Malmsteen. And guitarist Tony Rey changed his name to Tony Bruno on this new album. Because the new album is even more guitar oriented than the debut, keyboard player Gregg Munier is only to be heard in the background and he seems to be no longer a full band member anymore. The new album is called “When The Blackbird Sings” and it bears eleven songs. Being released in ’91, it shows the improvements of this new well talented band. And that Saraya was well talented proved the fact, that they were signed by the Q-Prime management (they worked with huge names, such as Queensrÿche, Def Leppard and Tesla). Brian Wheat, the bass player from Tesla, is another important name in this story. ‘Cause while Saraya released their second album, he and Sandi got married. The second CD shows a more mature sound. A song like “Lion’s Den” is written while being on tour with Bad English. And the great opener “Queen Of Sheba” is to be seen as a leftover from their first release, only with new arrangements made for it. The sound is definately heavier and shortly after the release, Gregg Munier quits the band.

They decide to bring in a second guitar player, instead of a new keyboardplayer. His name is John Roggo, who comes from the Steve Thomson Band. But the big success is not following at all. Even stranger is the fact that this is the end of our trail. How is it possible, that such a talented band should split up and disappear out of the rock scene completely?? That’s the only question that keeps us busy. We only know that Sandi and Brian got divorced in between. Will there ever be a follow- up to “When The Blackbird Sings“? I guess not, but only time will tell.”

You can listen to the interview with Sandi Saraya via Focus On Metal‘s website.

Saraya‘s “Back To The Bullet” video:

Saraya – Back to the bullet (hq)

The second single from Saraya’s self titled debut album of 1989.The debut album saw some success, spending 39 weeks on the Billboard 200, peaking at No. 79. …