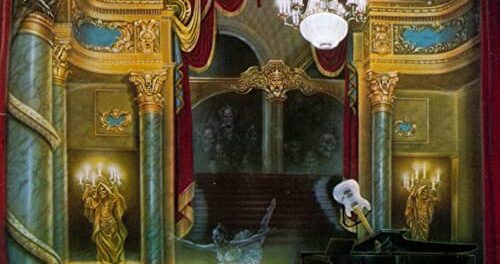 Savatage frontman Jon Oliva was recently interviewed by Metal Mike for the 80’s Glam Metalcast podcast. Savatage have released a number of studio albums between 1983 and 2001 including arguably their most popular ones, Hall of The Mountain King (1987), Gutter Ballet (1989), Streets: A Rock Opera (1991) and Edge of Thorns (1993). 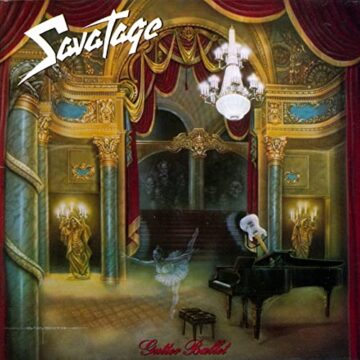 With respect to the style change from Hall of The Mountain King to Gutter Ballet, Oliva indicated (as transcribed by the 80’s Glam Metalcast podcast with slight edits):”We were petrified. We had just done “Hall of the Mountain King”, and that album brought us back and had sold really well. We knew we had to top “Mountain King”. My brother [Criss Oliva] and I had a meeting with Paul [O’Neill], and he told us we were more than just a hard rock band. He knew I was a big fan of The Beatles and Queen. Paul thought it was time for us to experiment. The funny thing is that we had already done “Of Rage and War”, “She’s In Love”, “The Hounds”. It was all real heavy stuff.

Paul bought me tickets to go see “Phantom of The Opera”. So I went and watched it. I came back to the studio right after and sat where John Lennon’s piano was. I sat down and wrote all the music for the song “Gutter Ballet”. Paul and Criss came running out saying “What the fuck was that”? The three of us finished it right there. Paul asked if I had any other piano songs. So then I started playing “Temptation Revelation”. Criss had an acoustic and just started playing riffs over it. Then I started playing the music for “When the Crowds are Gone”, but it had no words. Paul O’Neill wrote all the lyrics for that one in like 10 minutes. That whole session was like a lightning bolt to the brain. Like wow, this is fucking cool. Ultimately that lead us to “Streets”.”

In terms of why he was out of the band for the album Edge of Thorns, Oliva opined: “On the “Streets” Tour, we were playing for two hours a night. Singing Savatage music isn’t easy. I just blew my voice out. The last show of the “Streets” Tour, I was spitting up blood off stage. That’s how bad it was. I went to the doctor and he hold me I had nodes and shit all over. He told me I needed to take some time off. I told him I couldn’t. Then Paul had an idea for me to take a year off and work on this “Romanov” project with him. Then we would get a new singer for Savatage that’s different from me, more commercial sounding. I’m the one who picked Zak Stevens. I picked him because I didn’t want to get someone who sounded like me. He’s a guy with a really cool, smooth voice and we wrote the whole album around his voice. I was very involved with “Edge of Thorns”. I helped write all the songs with Criss and Paul. I was very happy with it. The last song the three of us ever wrote together was “All That I Bleed”.”

You can listen to the interview with Jon Oliva on the 80’s Glam Metalcast podcast below: