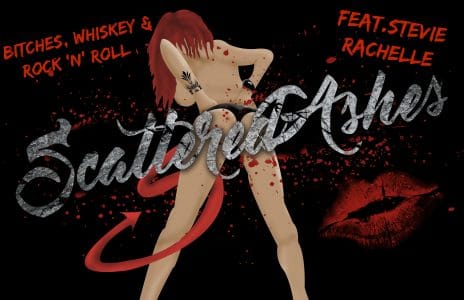 New Mexican glam rockers, Scattered Ashes, will be releasing their first single entitled “Bitches, Whiskey & Rock N’ Roll” which includes the participation of Tuff singer Stevie Rachelle. No date has been provided for the release of the single but Berestain Entertainment‘s press release indicates that the glam band’s studio album is scheduled for release in January 2017.

Scattered Ashes‘ bio on their Facebook page states in part (with slight edits):

“Scattered Ashes is an American band formed in January of 2012.

The band started its history in 2012 with two guitarists John Jean and Randy Foxx, these young guitarist graduate at the academy of music Fermatta; while Randy was dedicated to Glam Rock, Sleaze, Hard Rock… John specialized in the world of progressive rock and jazz as well as classical music. 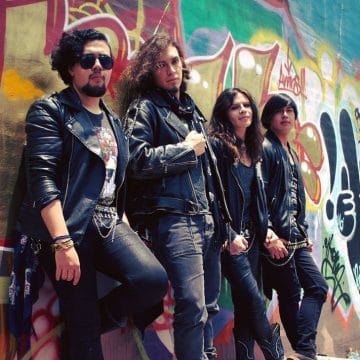 Between these two guitarists began to make great communication about the feeling and that were proyected in the songs which let them make something big.

John began to look up contacts, producers and began to compose a lot of song of rock and roll jazz and progressive rock and almost a year later they met again and along with the songs of John and some letters Randy and John created Scattered Ashes.

In 2013, they began to put together the lyrics to the songs and work hard to get the sound they wanted to find giving everyone what they wanted was on average a year of compositions when at last the band remained satisfied with their sound and began looking for an opportunity to record their first CD called America Is Angry in 2014 and also seek the opportunity to start playing in other countries.

The legacy of Scattered Ashes, is starting and what the band wants is to be with his fans in good times and in bad times getting the better of us as musicians for you as fans and transcend in the history of rock and roll.”