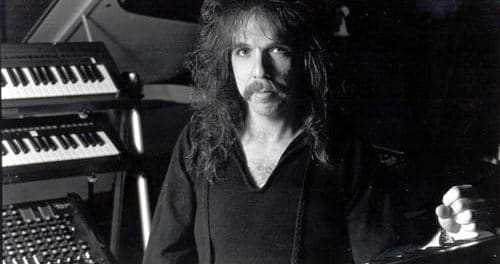 Former Dio keyboardist Claude Schnell was recently interviewed by Jimmy Kay and Alan Dixon for The Metal Voice and the keyboardist spoke about his time in Dio and many of the “controversial” topics that have surfaced from that time period.

When asked about the songwriting, publishing and why Ronnie James Dio stated all lyrics and melodies were written by him, Schnell advised (transcribed by The Metal Voice with slight edits): “Quick lesson in publishing when it comes to the rights of 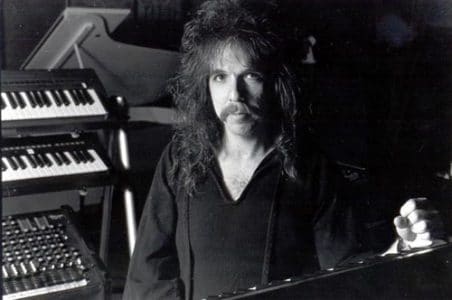 a song they are based entirely on two things, the melodies and the lyrics. I think and suspect cause Ronnie got the short end of the stick in much of the Rainbow credits as well as possibly [Black] Sabbath, the omnipresence of Ronnie James Dio on all lyrics and melodies by him was to get it out of the way that it was his project, every word, every note and it was his own band Dio. Ronnie wrote the lyrics and the melodies and as far as the music went everyone in the band would contribute. Most of that stuff qualifies as arrangement.”

In terms of whether Dio was a band or solo project, Schnell opined: “It’s semantics, it’s subject to interpretation for better or worse for the first three albums 1983-1986 we were a band there is no question about it. A band isn’t determined by who gets paid what. What makes a band has to do with hanging out and mutual respect. On the first three records I was just a  salary player but regardless of who says otherwise I was in a band.”

In regard to Vinny Appice‘s and Vivian Campbell‘s business relationship with Ronnie, Schnell stated: “For as much as I was led to believe that what I would get  early on and didn’t, as frustrated as I was about it I found my solace when I found out what Vinny was promised. So as bad as I felt about not getting whatever it was in terms of money. I could only imagine being in Vinny Appice‘s shoes being promised the world and not getting it. The people who usually speak up  the most are the people who have the least to lose. Ronnie used to say that musicians in L.A. bands are basically interchangeable parts of a jigsaw puzzle. You don’t want to stir shit or make waves  if you don’t want to lose your meal ticket. Enter Vivian who came from a wealthy family. So as far as Vivian was concerned the money we has getting paid by Ronnie was less than most famous bands.” With respect to Vivian Campbell being replaced by Craig Goldy on the Sacred Heart Tour and Dream Evil album, Schnell opined: “On the one hand, Craig is a very accomplished guitar player but we all felt that that Vivian was treated very badly, not so much by Ronnie but it was obvious those decisions were being handled by Wendy Dio. Vivian was basically set up and he was put in a position where the only thing he could do was the exact thing that would get him kicked out of the band.  When it came to pass Wendy was trying to get Craig into the band and Vivian got unceremoniously let go. In my humble opinion, for no real fault of his own.”

In regard to Vivian Campbell joining Def Leppard and Ronnie‘s reaction, Schnell advised: “That’s an interesting thing for Ronnie to react negative to Vivian joining Def Leppard after paying him far below his market value, then you fault him for getting a gig making ten times he was making in Dio. For whatever Def Leppard is or isn’t as far as music is concerned they are a machine, they will be a legendary band that will never be forgotten and for Vivian to be a part of that I think it was a very good move for him. I think the best move for Vivian and for all of us would have been if we had stayed together had Wendy allowed a more equitable split so we can all have a living wage and allow the band to develop in way bands used to develop back in the day. Not to take anything away from Craig but I think that Dream Evil would have been a better record if Vivian was playing on it.”

Finally, when asked why he left Dio after Dream Evil during Lock Up The Wolves, Schnell revealed: “The guitar player that we wanted to replaced Craig with, when I say we I mean Vinny, Jimmy and I all unanimously agreed that we  wanted a guitar player by the name of Gary Howey for the band. Gary auditioned for us and he was amazing, I don’t think the band sounded better. The three of us were convinced Ronnie was going to love this guy. After Gary left after the audition, Ronnie came into the studio and said , guys you are going to hate me for this but I found the guitarist, Rowan Robertson. You could just hear our collective hearts fall. Given that we were stuck with a guitar player we didn’t want Ronnie‘s choice in Rowan was somewhat uninspiring and as badly as the rehearsals were going Rowan was having a very hard time in the beginning keeping up with the pressure that Ronnie puts everybody through. Rowan was having a hard time keeping up and tensions were building and building. Jimmy got fired, Ronnie seemed  terribly upset with Rowan‘s performance, the songs were lukewarm at best and I didn’t want to be in band where Jimmy and Vinny we not going to be in.”

You can listen to the entire interview with Claude Schnell with The Metal Voice below.