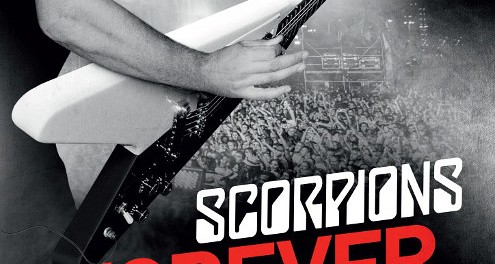 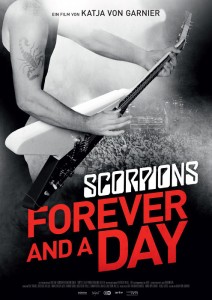 The Scorpions‘ documentary Forever And A Day is scheduled to be released in selected theaters for one night on October 14, 2015.

For one and a half years, renowned filmmaker Katja von Garnier accompanied the Scorpions on what was originally supposed to be the band’s farewell tour. The resulting documentary, Forever And A Day, follows the band on the road from Bangkok to Moscow, and culminates in the Scorpions‘ decision to scrap their retirement plans, deciding instead to mark their 50th anniversary in 2015 with a new tour, a new album and the Forever And A Day movie.

The Scorpions recently re-released their last studio album Return To Forever with seven additional tracks. Sleaze Roxx stated the following in its review of the new album: “What the Scorpions should have done is release a seven song EP but [Klaus] Meine and company likely realized that those seven songs were not strong enough for a stand alone release. Accordingly, what the Scorpions should have done is pick and only release the best 10 tracks out of the 19, which could have arguably amounted to a killer album.”