Scorpions and former Mötorhead drummer Mikkey Dee has confirmed that he did get the Corona virus earlier this year but that he is fully recovered since mid-April. 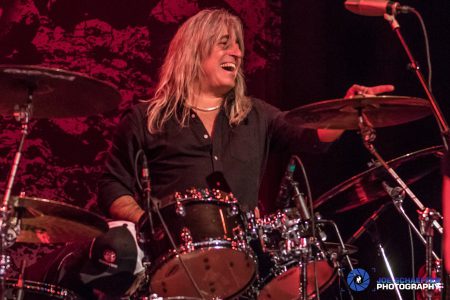 Dee apparently decided to go public with this information after Dokken frontman Don Dokken recently revealed in a few interviews including with Mitch Lafon for the Rock Talk with Mitch Lafon podcast that the drummer had contracted the virus.

I just want to set some rumors straight regarding Don Dokken‘s statement about my Corona situation. I did get Corona and was sick for about 1 month. I am now fully recovered since mid April. I was already playing hockey and drums by the end of April. Unfortunately my good friend Don got some info wrong. I did not get Corona in Australia, the virus was contracted in Sweden. I did not loose 35 pounds, I lost 15 pounds. But as I just mentioned, I am now fully recovered and have registred antibodies so that feels great. I can’t wait for things to go back to normal so we can hit the road again. Thank you guys for caring and my heart goes out to each and everyone affected by the current situation our world is in.