Scorpions unable to play in Melbourne, Australia as singer Klaus Meine told to rest his voice

Bad news for Scorpions fans and particularly their Australian fans as the German veteran hard rockers are unable to perform in Melbourne, Australia tomorrow night (on November 8, 2018) due to singer Klaus Meine‘s vocal issues. 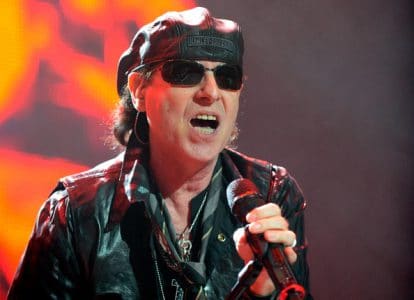 The following message was posted on the Scorpions‘ Facebook page yesterday (with slight edits):

“We came a long way to finally ROCK Australia for the very first time (except for Melbourne) together with our friends Def Leppard. We have had a fantastic run so far, and it breaks my heart to let you know that I can’t sing tonight at the Rod Laver Arena in Melbourne.

This is not the first time that Meine has had vocal problems. In fact, when the group was recording its Blackout album that was released back in 1982, Meine had vocal issues as he indicted to Noisecreep in January 2012: “I couldn’t sing. It was that simple. So our good friend Don Dokken came to Germany and worked with the rest of the Scorpions in the studio. He recorded some of the songs with them. Anyway, I had some surgeries done and rested my voice for about six months or something. When I finally came back, I was in really good shape. I even did the high-pitched backing vocals like I did on the older records [laughs].”