Big news in the Black Star Riders as the group is switching record labels from Nuclear Blast Records to Earache Records, and more importantly band founder and guitarist Scott Gorham will no longer be part of the adventure. Gorham played on the first four Black Star Riders albums — All Hell Breaks Loose (2013), The Killer Instinct (2015), Heavy Fire (2017) and Another State of Grace (2019). 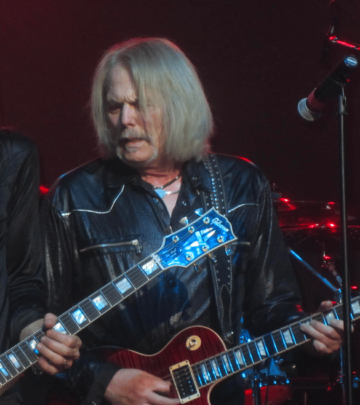 “We are very pleased to announce that we have signed a new deal with Earache Records! Find out more in the official press release, below…

Black Star Riders were formed by members of legendary Irish rock group Thin Lizzy in 2013 and have released four albums on the Nuclear Blast label in their eight years in existence and toured the world as both headliners and special guests to some of the most prominent names in rock.

Black Star Riders have since become a pillar in the modern rock landscape in their own right, owing to their Herculean stage presence and meticulous attention to detail in carving out their own identity within the depths of their jagged-edged anthems, epic ballads and Celtic-infused rockers.

With their commitments to Nuclear Blast complete, Black Star Riders have inked a long-term worldwide recording deal with Earache Records, the label responsible for putting extreme metal on the map in the ’80s and ’90s, and in more recent times helping to build the careers of modern rock acts such as Rival Sons and The Temperance Movement.

Black Star Riders frontman Ricky Warwick comments: “We are extremely pleased to announce our new deal with Earache Records. We had an amazing 8 years with Nuclear Blast and I want to thank everyone there for their commitment and dedication during this time but it was time to part ways and Earache have well and truly stepped up to the plate! We can’t wait to start the new relationship with the great team there.”

Black Star Riders are due to enter the studio in LA on October 14th with long-term producer Jay Ruston (Stone Sour, Steel Panther, Uriah Heep & Anthrax) to begin recording the follow-up to 2019’s ‘Another State of Grace’. The band have a 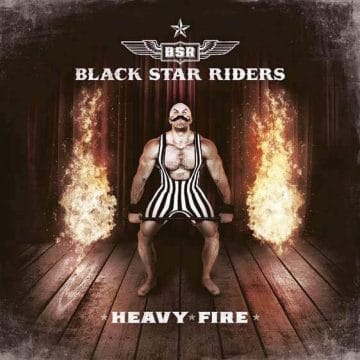 host of UK Top 30 albums, including the UK #6 album ‘Heavy Fire‘, which featured a BBC Radio 2 single of the week and also won Best British Album at Planet Rock Radio‘s The Rocks awards.

The new album will feature a different lineup from the band’s previous releases, due to founder and lead guitarist Scott Gorham‘s decision to step down from all recording and touring commitments with the band.

Ricky Warwick adds “We are very sorry to see Scott go but we discussed a very heavy World touring commitment on the new record and Scott decided he wanted to concentrate just on Thin Lizzy – and being the legend he is none of us can blame him. We all wish him the best and he will be looking to put Thin Lizzy back out on the road from 2022 onwards with a busy schedule, so he won’t be missing me too much!”

The band have announced LA drummer Zak St. John will be joining them to record the new album.

BSR bass player Robert Crane, “We have known Zak a while from the LA session scene and I know he will blow everyone away when you see and hear him.”

The band is not looking to replace Scott Gorham and will remain a four piece going forwards with Ricky handling a lot of the guitar parts alongside Christian Martucci, who joined the band after album number three in 2018.

Black Star Riders are set to release, their yet untitled fifth album, in early 2023 and dates are booked to start within a couple of weeks of release.

Christian Martucci comments “We have decided to let the abundance of rescheduled shows in 2022 blow over so we can come back in full force in 2023 without any distractions. We can’t wait to see all our fans and followers again after what seems like an eternity off the road and we appreciate no end their continued support and loyalty to BSR.””