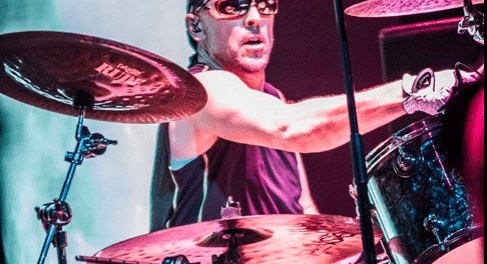 Drummer Scott Rockenfield has not been in a Queensrÿche line-up for sometime with his last studio album participation dating back to 2015’s Condition Hüman. 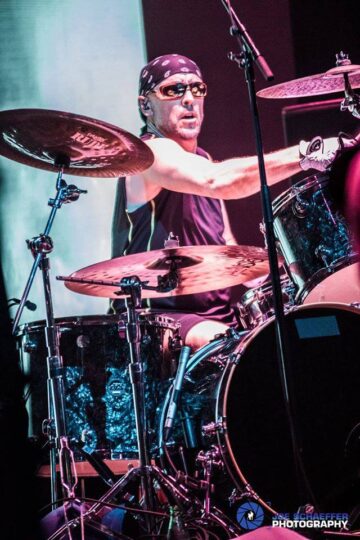 Nevertheless, the drummer has indicated that he is still a part of the Queensrÿche empire. Back in May 2021, Rockenfield unveiled his new website www.queensryche2021.com which listed only himself, guitarist Michael Wilton and bassist Eddie Jackson as the “band members.” In October 2021, Metal Sludge revealed that Rockenfield had started a lawsuit against Wilton and Jackson; their respective wives, Kerrie Lynn Wilton and Teresa Golden Jackson; Tri-Ryche Corporation, Inc.; Melodisc Ltd., Inc.; EMC Music, LLCand Queensryche Holdings, LLC for declaratory judgment, breach of contract, breach of fiduciary duty, shareholder oppression, wrongful discharge, breach of artist’s agreement and violation of the Washington Personality Rights Act.

Rockenfield recently posted some of his views via his Facebook account on both current Queensrÿche singer Todd La Torre and former band lead vocalist Geoff Tate.

Topic: For the record let it be known that “any and all opinions, viewpoints, statements, and/or comments etc etc, that continue to be presented by Mr La Torre (whether it be past/present and/or future) are in no way to be considered as representing the expressed beliefs, opinions, and/or viewpoints of any of the Queensryche brands, trademarks, and/or various QR corporations that have been in place for over 40 years……” 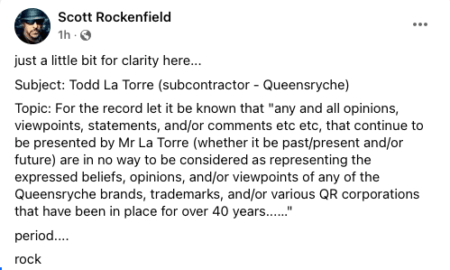 “and, a little bit more for clarity–to set the record a bit more straight if you will…

Topic: “Former QUEENSRŸCHE singer Geoff Tate expressed his doubt that Rockenfield “will ever play drums again”…??? Tate Including— ”he has a lot of medical problems and things like that now.”??? …Tate also stating – “He’s in kind of a really dark place, and I hope he gets some help, ’cause he’s really unraveled, you know?””…??? etc etc…blah blah blah….

Ok wow, how incredibly interesting right?? …(and most of you already figured this out) But, being that I have not seen, spoken too, or communicated with Tate for over 10 years now, those seem to be some pretty BOLD statements to be makin’ bout someone (that someone being me – ouchie…! as if spitting wasn’t enough lol !!)

One would think that even just a “slightly educated” person should know that making such crazy statements about somebody is probably a bit of a no-no ???? ….…(and don’t get me wrong, I’m still smilin’…could all be an exciting gift in disguise from the Universe right ??…) ….Nonetheless, said former singer dude jussst might wanna take a step back and possibly reconsider those statements…??? 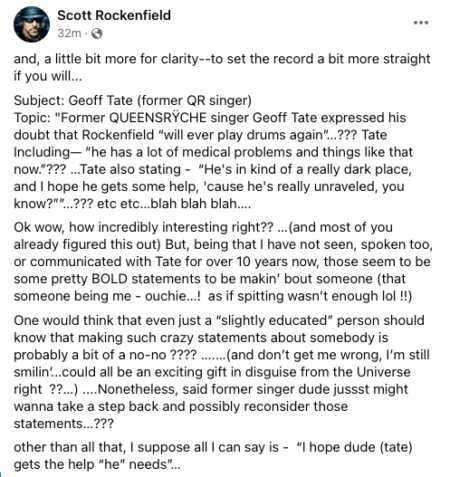