UK rockers Scream Serenity have decided to go on hiatus following the departure of their guitarist Ian Messenger. 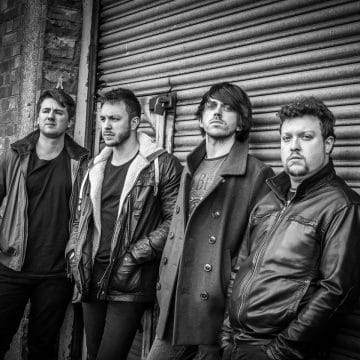 It with great regret that we must announce that Ian has decided to part ways with Scream Serenity for personal reasons. We would like to wish Ian the best of luck with everything he chooses to do in the future.

That being said, several things were going to be changing for us over the coming months and with this recent news we have decided that the best course of action for the band right now is to go on hiatus while we decide what the future of the band is going to be.

Which means that unfortunately the remainder of our 2018 Eye of The Storm Tour has been cancelled. All the venues and Festivals have been notified and we can only apologise to all of you who were looking forward to seeing us.

We’d also like to take this opportunity to thank each and every one of you for your support throughout the last several years, it really has meant the world to us and we really feel like we achieved some great things!

Over the next few weeks we will have some merchandise up on our online store for you all to buy at some special rates! And you can still buy Eye of The Storm direct from 3Ms Music!

But for now we hope you all have a fantastic Summer!

Sleaze Roxx stated the following in its review of Scream Serenity‘s EP Beyond This Land, which was released in late November 2015: “All four tracks on Beyond This Land clock in at over five minutes each and take you on a bit of a journey each time with their different arrangements. Scream Serenity play a brand of more serious hard rock. It is not “good time” rock by any means but the band offers some strong songs built on solid musicianship and excellent vocal harmonies. I was wondering why I was not able to give any examples of bands other than Fallen Heirs that Scream Serenity sound like as a comparison but upon checking out the latter band’s Facebook bio section, I realized why. I am simply not familiar enough with the more alternative rock bands that Scream Serenity identifies with such as AlterBridge (I bought their last album due to Myles Kennedy fronting the band but could not get into it), Stone Sour, Shinedown (I did see this band open for KISS back in 2013) and Theory Of A Deadman.

Whether or not Scream Serenity would be classified as an alternative rock band, the group’s Beyond This Land is an enjoyable and solid EP that is definitely worth checking out and one that has me interested in keeping abreast on future developments with these English rockers.”