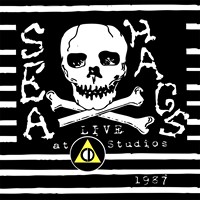 The legendary Sea Hags recorded a party at CD Studios, with Metallica guitarist Kirk Hammett as part of the proceedings, months before they signed with Chrysalis for their major label debut. The lost Sea Hags 1987 recording has now been mastered as ‘Live At CD Studios 1987’ and is available as a digital download at both Amazon.com and iTunes.com.

Re-mixed and re-mastered under the guidance of Grammy award winning recording engineer Leslie Ann Jones and engineered by Dann Thompson at Skywalker Sound, these rare and never before released recordings are now available worldwide via CD Presents.