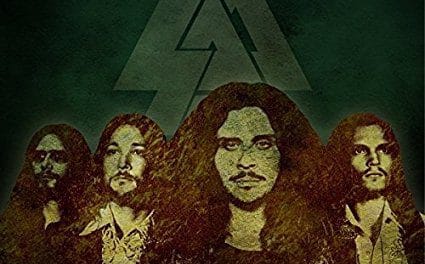 Danish rockers SEA have released a video for their track entitled “Once We Were Dead” from their upcoming new album The Grip In Time, which will be released via Mighty Music on May 12, 2017. 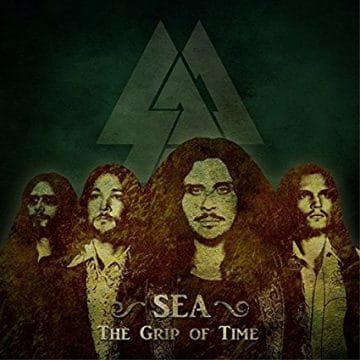 Amazon states the following about SEA:

When SEA released their self-titled debut album in 2014, Sweden Rock Magazine gave them 8/10 and mentioned Tony Iommi and Bruce Dickinson. Rock It from Germany likewise gave the album 8/10 and compared it to Soundgarden. Scream from Norway gave a blistering 5/6 review and categorized SEA with Rival Sons. After the release of the debut album, SEA have played big festivals like Copenhell and toured Germany and their home county Denmark intensely. The band’s raw and challenging style is a blend of the classic heavy rock from the giants of the past and their own unique and powerful expression. Combining strong vocals, heavy riffs, catchy choruses, twin guitars and a mission to keep the guitar led rock alive, the band a huge adrenaline boost into the heavy rock scene. Their sound is reminiscent of rock legends like Judas Priest, Iron Maiden and Thin Lizzy, but with the touch of a young, hungry Scandinavian band in their twenties.

“Some songs take months to perfect, but “Once We Were Dead” took 30 minutes. Once the riff started rolling, the rest came naturally. This is the result. Enjoy!” – Anders Brink, SEA. Their award winning debut album has received world praise from both critics, fans and rock and metal legends. It has brought SEA several awards, nominations and many miles in the tour bus around Denmark and the rest of Europe. Now the band is back with their long awaited second album. It was recorded in Vibe Factory Studios in Copenhagen with producer Jakob Winther, who is primarily know for his work with artists like Justin Hawkins (The Darkness), Lukas Graham and many more. SEA wanted to bring Jakobs slightly different perspective and experience into their heavy rock universe. The focus has been to capture the atmosphere that the band creates at their live shows. The sound is both raw, warm, alive and organic, and the result is something that both the band and producer are very proud of and eager to show the world. The record was mastered in Abbey Road Studios by Alex Wharton. He has mastered albums and singles for some of the biggest acts worldwide including The Beatles, Bring Me the Horizon, My Bloody Valentine and many more. The collaboration gave the band a unique opportunity to work in one of the holiest temples of rock music.

SEA‘s “Once We Were Dead” video:

SEA – Once We Were Dead (Official Music Video)

“Once We Were Dead” is taken from the album “The Grip Of Time” to be released worldwide on Mighty Music 12th of May 2017.Video filmed & edited by Kennie Ørst…