Former Quiet Riot, Bobby Blotzer‘s Ratt and Adler’s Appetite and current Westfield Massacre lead vocalist Seann Nicols was recently interviewed by The Classic Metal Show and spoke about how he got the gig in Blotzer‘s version of Ratt and his dealings with Blotzer. 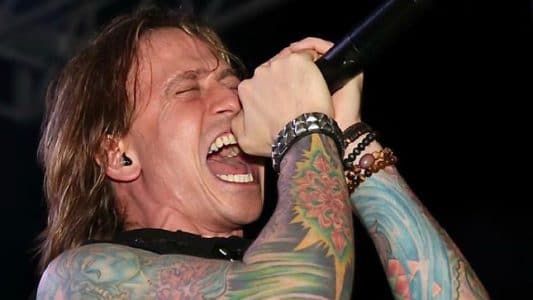 Nicols stated (as transcribed by Sleaze Roxx): “It’s like, here I am. Quiet Riot is trying to royally screw me and I know, you know, I’m like, ‘Shit! What’s going to happen?’ So Bobby finds out about it. You know, I had already sang [inaudible] — the same thing that I had done for Quiet Riot. I had recorded those songs for Bobby and his version of Ratt like before I had joined Quiet Riot. And so he already knew that I could do the gig so I got a call. It was a conference of the whole band. It was Bobby Blotzer, Stacey Blades, Mitch Perry, Brad Lang and Bobby‘s attorney and you know, it was this big conference call and they’re like, ‘Look. We’ve all talked it over. We have this other guy lined up to do this one show in North Dakota but we already know that’s just one for him and it probably won’t go any further than that. We’d rather get a guy that we think we can grow with and we’ve all heard your voice. We think that you sound great and you’d be a great match for the band. Would you like to do the gig in North Dakota? And so, I’m like, ‘Hell yeah!’

It was easy. There was no contract to sign. I literally just, you know, packed my bags and [went] on a fun trip with a bunch of great musicians and you know, get to do something really fun, singing songs that I love. So it was easy for me. And I didn’t see it as, you know, putting me back at all — I looked at it as a good experience, a fun way to spend my time and expand my horizons you know. Now, obviously, [laughs] the deeper I got into the situation, I started seeing some serious warning signs you know, and Bobby is not above board — period. He’s not. He’s full of shit [laughs] you know? He’s full of shit — let’s just face the reality here. One I realized that, I’m looking at legal documentation that he’s sending me over — all these legal documents. He’s, like, ‘Dude, this is real. I own the [Ratt] trademark. This is my band. These guys walked away from it. They dropped the ball.’ He goes, ‘I took the band as a business and I built it back up to, you know, generate a lot of money. I pay my guys well.’ And that’s one thing I’ll say about Bobby — he definitely paid me, and he paid me double what [Quiet Riot drummer] Frankie [Banali] paid me. So thumbs up for that. That was cool you know? He definitely treats his musicians well on a business level, but on a personal level, the guy’s all over the place you know? I can’t get along with him. He’s weird. He’s accused me of not being a good friend and talking all weird. It’s just too much drama dude. So I realized you know, it wasn’t gonna work on a personal level with him either.

As crazy as he is, he is a part of an old era you know? And the way that he acts makes sense for where he came from and what he’s been through. So I don’t wish him negative, anything negative. I think he is an important part of music history, and he was a part of bringing so many songs that me and so many other people around the world love. And you know, I have to love him for that. You know? But working with him and getting along with him at this point in time, it’s not good for me. I saw that and I said, ‘It is what it is.'”