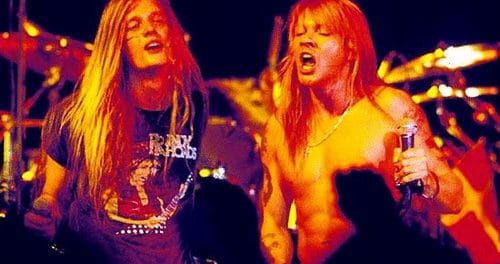 Former Skid Row frontman Sebastian Bach was recently interviewed by Music Injection as the singer is about to embark on a five date tour of Australia from October 21 to 28, 2017.

Music Injection noted that Bach had a great attitude and that it was hard to maintain positivity in a world filled with hate, racism, bigotry and terrorism. 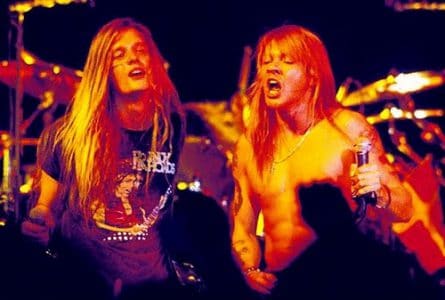 Bach replied (with slight edit): “Well, the Internet, as when we invented the internet, we are not sure how we’re going to be affected by that technology until we actually live with it. in the last year or so I have discovered that one of the greatest feelings that I can feel is that I can wake up and turn my phone off! I didn’t do that since these phones are being invented. It is almost like the same feeling that you get when you go to the record store and you are digging for albums. Turning your phone off and not refreshing the latest shittiest news headline or commenting or say this about this person. Turning it off is a glorious feeling! I think that celebrities are off the Internet now like Axl Rose, the biggest selling musician has no social media whatsoever, nothing! The Internet is a very negative, it is pretty much all negative there is very little positive stuff on there. You ask is it hard to maintain positivity and the answer is yes definitely!”

With respect to having an impact on fans’ lives, Bach stated: “I am very honored. I think there are so many rock stars and musicians that have died in the last couple of years. I think people are saying I better go and see that guy. I really feel that. When I walk on stage the fans look at me and think he is really here and they are also happy. I think it has been because I have been in their lives for almost 30 years now and so when you’re in somebody’s life for that long you definitely feel attached to them. I listened to the Allman Bros for so long. I never knew Greg but when he died I wept. I didn’t even know this guy! He was just part of my life and I listened to him countless times. I can’t imagine when the four founding members of Kiss goes because that is going to be sad sad for rock fans. That is going to be a rough day.”

In terms of his autobiography 18 And Life On Skid Row, Music Injection complimented Bach on sharing stories that you might think would not make it into a rock star biography such as what he was doing on 9/11 and talking to his dad on his death bed. Music Injection noted that it was a reminder that even the biggest of rock stars are just as human as the rest of us. Bach replied: “Thank you for saying that and they approached me to do this book and they had all sorts of ideas for me like it was going to be a big hair rock star 80s kind of book and I told the book company that if you write anything like that I will not participate in this. They say come on it will be fun. I wanted to write a real book. I didn’t want to write about hair or spandex, I’m in my book has the 80s in there. The interesting point was how does our somebody come a rockstar? To people who have normal lives how do we do that? So that story is interesting and I described how it happened that I became famous and I think that anyone could be interested in that.”

You can read the rest of the interview with Bach at Music Injection.