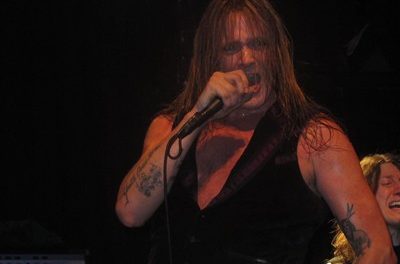 Former Skid Row lead vocalist Sebastian Bach was recently interviewed on Episode 357 of the Let There Be Talk podcast with rock and roll comedian Dean Delray. 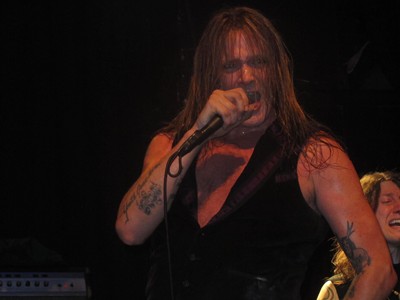 The following excerpt from the interview was transcribed by Blabbermouth:

“We were talking about putting a reunion [of the classic SKID ROW lineup] together, but we couldn’t even handle a group text. [Laughs]. It was, like, after a couple of texts… fucking just… misery. [Laughs] I’m, like, ‘Can we get in a fucking room? ‘No. That’s out of the question.'”

“How [did the reunion talks] start? I’m not gonna name names, ’cause Lord knows it’s enough of a mess. [Laughs] ‘Hey, we wanna talk about maybe getting back in the same room together. Let’s see if we can do this.’ [And I’m, like], ‘Right on! This is gonna be simple, man. This’ll be great.’ And then I’ll read on Blabbermouth the singer of DRAGONFORCE is the guy [they chose to sing for SKID ROW]. And then I’ll text, ‘What the fuck’s up, man? Really? What happened with this?’ [And they would be, like], ‘Oh, no, no, no.’ [And I said] ‘Well, then why [doesn’t] your manager call my manager?’ So then their manager won’t talk to me and they won’t talk to my guy. So what the fuck’s going on? And then there’s gigs booked… We had gigs — we had like a whole tour this summer at all those [festivals like] Rock On The Range. It was all gonna happen, but then it just didn’t happen. You would have to do an interview with those guys [to find out why].”

You can read the rest of the transcribed interview at Blabbermouth.

Audio interview with Sebastian Bach on Episode 357 of the Let There Be Talk podcast with Dean Delray:

#357:Sebastian Bach by Let There Be Talk

On today’s episode of LET THERE BE TALK a Rock n Roll legend Mr Sebastian Bach stops by and talks about all things ROCK N ROLL. Sebastian was the lead singer for the hugely successful band SKID ROW selling more than 20 million records worldwide.