Canadian hard rockers, Second Pass, have just released their third EP called Ephemerality with female singing powerhouse Veronica McNamee at the helm. This is the third EP released by the band with McNamee in three years after 2013’s Fragments and 2014’s The Damned Poet. 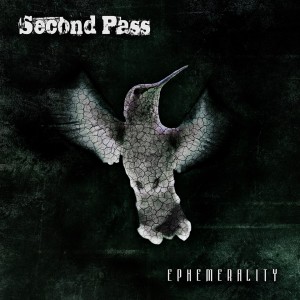 Speaking exclusively with Sleaze Roxx, McNamee commented on how the new EP Ephemerality came about: “The title refers to the Emphemeral nature of life relationships and short lived emotions. Short lived but worthy enough to to write about.” Second Pass guitarist Steve Pass stated the following to Sleaze Roxx about the group’s preference to release shorter EPs rather than full length albums: “We believe in many respects the new era of music is about releasing consistently and the full length album for now is dead. We have released. EPs every year since Veronica has joined — 2013, 2014 and now 2015. With respect to what people can expect on the new EP Ephemerality compared to previous ones, Pass stated: “The new EP is harder and heavier than our other albums and according to Veronica is absolute raw nakedness! Pure emotion. This EP is us.”