Austrian hard rockers Sergeant Steel are celebrating their tenth year anniversary with the release of the Best Of album, which will be released via Boyz Tyme Records on March 29, 2019. 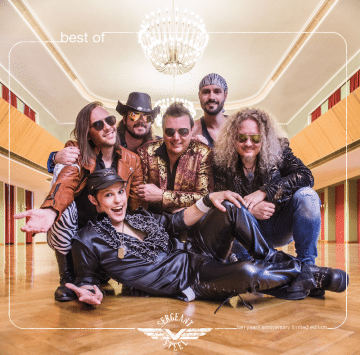 Sergeant Steel have played several open air, festival and club shows throughout Austria, Germany and Czech Republic. Sergeant Steel were the opening act of The Hollywood Vampires plus The Darkness at Clam Castle/Upper Austria in 2018. They supported Deep Purple at the same location in 2013. They also supported The Sweet twice in Vienna.

Boyz Tyme Records (BTR) is an international record label for rock and pop music. Services for bands include music production, management, promotion, distribution, live-booking and merchandise production. Boyz Tyme Records Musiklabel is a registered association founded in 2013 and is based in Stroheim/Austria.”

Buy signed CD’s & vinyl directly from the band:www.Sergeant-Steel.com/musicTaken from the album “Men On A Mission”(release-date: 6. september 2013 via “Boyz …