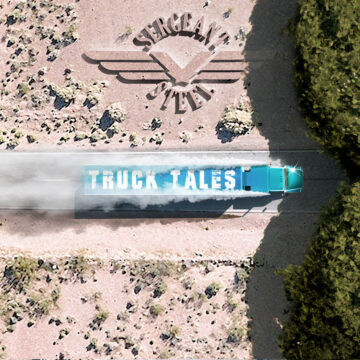 The last studio long player “Riders of The Worm” was made in 2015. After half a decade there is finally new music. “Truck Tales” contains almost 42 minutes or 10 songs and will be released on January 22nd as a CD digipak and stream / download. Most of it was completed by Michael Wagener (Metallica, Ozzy Osbourne, Skid Row, and many more) in Nashville, Tennessee. The advance single “Fight Fire With Fire” was released digitally on October 9th this year.

Main songwriter/lyricist Jack Power explains the album title: “Truck driver clichés have always fascinated us. Freedom “on the road”, modern street cowboys, and, last but not least, the frivolous atmosphere among good buddies on highway picnic areas – is what we, as rock musicians, do identify ourselves very strongly.””