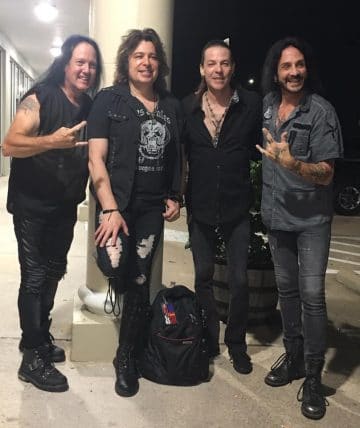 Goocher advised Sleaze Roxx that the “Heaven And Hell” track was a late addition to the set and the band elected not to play “Waiting On The End of The World” which was part of the original setlist for the group’s debut gig. Goocher also advised that the group played a shortened set given that it was performing at an Awards event.

Of Gods & Monsters performing live at the MXD Mag Rock and Metal Awards in Flower Mound, Texas, USA on August 31, 2019:

I dedicate this post to Kevin Goocher. It was great to finally see the band. Y’all FUCKIN’ ROCK! I can’t wait to see y’all again, and soon! Rock N’…