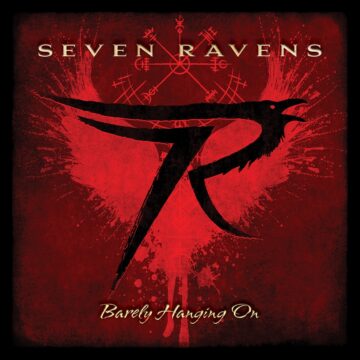 Seven Ravens‘ “Story”, which is outlined on the Rat Hole website, indicates: “My name is Scott Bazzett. James LePak and I have been writing songs together since back in the late 80s. Over the years, we have moved on (both geographically to other states, and in life, to other careers), but we kept in touch and kept writing together. Originally, we sent tapes back and forth through the mail, and as technology improved, we were eventually able to share files online. All together, the two of us have collaborated on over 100 recordings to date: me, writing lyrics and vocal melodies and James playing the guitars and working out song architecture. Finally, in 2020, with the songs coming out really well, and improvements in recording quality, I decided it was time to take it to the next level. I have been singing on songs with James for over 30 years, but they deserved more than I could give anymore, so I began reaching out to other artists. First to find a top notch singer, then someone to upgrade the bass and drums. I reached for the stars, and damn if I didn’t grab some…”