Electric A Go Go Records have released a seven song album from ’90s Hollywood rockers Wired that had never before been available to the public. Wired‘s self-titled album is being distributed via Demon Doll Records. 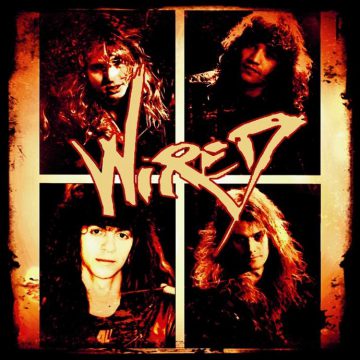 ‘Early 90’s Sunset Strip rockers Wired have teamed up with Electric A Go Go Records to unleash a seven song album never before available to the public.

Delivering up some serious Hollywood Rock ‘N’ Roll, the boys hammer out the album spotlights “Look Away” and “Twice Shy” with reckless abandon – leaving everything in their dust as well as getting in the groove with “Get Out (While the Gettin’ is Good)”.

They also show a more fine tuned melodic approach with the killer tracks “Highlife” and “Frustrated”.

All in all, the guys in Wired have cracked open the Hollywood vaults and exposed us to a really great band and a really great album! Don’t be surprised if you find this playing around the clock or finding it’s way into your playlists on a daily basis!

This CD is officially licensed from the band, a professionally packaged CDR and now available exclusively at Demon Doll Records.”

https://www.demondollrecords.com/products/wired-wired-wallet-packaging First single from the self titled release from WIRED