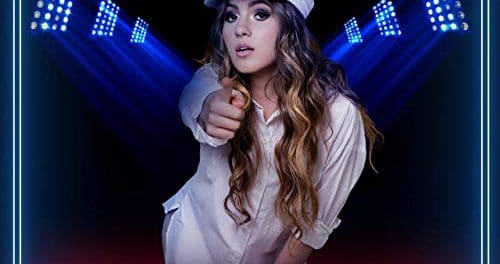 Aussie rocker Cassidy Paris has released a video for her fourth single titled “Give Me Your L O V E.” 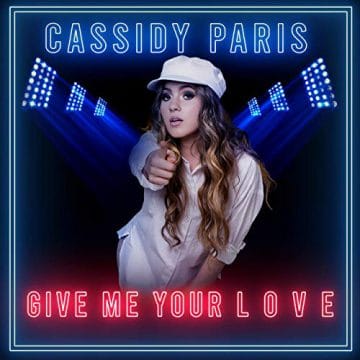 “Seventeen year old Cassidy Paris from Melbourne, Australia has just released her new single “Give Me Your L O V E.” Produced by Paul Laine (The Defiants), this track is all about attitude, charisma and hooks. Having released her debut EP ‘Broken Hearted’ last year, this new single shows a young girl on the rise and on her way to the top.

Listen for yourself…. “Give Me Your L O V E” will be stuck in your head for days….

Introducing seventeen year old Cassidy Paris from Melbourne, Australia. Following in the footsteps of female rockers Avril Lavigne, Pink and Lzzy Hale, Cassidy Paris promotes girl power by bringing back rock chic fronted melodic rock. Her debut single ‘Talk About It’ was released in August 2017 at the age of fourteen to a fantastic response….a great start to her music career.

Cassidy launched her second single titled ‘Stand’, a heartfelt account about ‘standing up for yourself’ as a young woman. This song had the critics talking and Paris was invited to play shows around the world and make radio and TV appearances. Cassidy works hard to promote anti-bullying and is a prominent campaigner of the ‘Metalheads Against Bullying’ organisation.

Following this success, her third single ‘Walking On Fire’ was released. This track gained worldwide attention and was shortlisted as a semi-finalist in the International Songwriting Competition. All songs received lots of attention on her YouTube Channel, Spotify & Apple Music accounts.

Her talent has not gone unnoticed and Cassidy has been fortunate to work with many of the music industries heavy weights ranging from Paul Laine (Danger Danger) and Andy Shanahan (Roxus). Having already performed a number of live dates at many different schools within her hometown of Melbourne, Australia, Cassidy also played a run of acoustic dates in Tokyo, Japan in November 2017 and solo shows in the United States in 2018. 2018/2019 saw some major highs, in addition to playing shows around the world, she was taken by SOLPRN Management and has just completed a National Tour with Australian legends John Swan, Marie Wilson and Taste which also included a headline set at the Hard Rock Café in Surfers Paradise, Queensland.

Although only seventeen years of age, Cassidy Paris has grown up with music from a very early age. With influences ranging from the classics such as Pat Benatar, Joan Jett, and Def Leppard to more recent artists like Taylor Swift (lucky enough to meet her idol Taylor Swift at the age of 8 years), Chvrches, Biters and H.E.A.T, Cassidy Paris is ready to make her own mark on music.

Cassidy released her fourth single titled ‘Song For The Broken Hearted’ and her debut EP titled ‘Broken Hearted‘ in 2019 to a fantastic response worldwide with the lead single being nominated for Best Pop Rock Song by the Akademia Music Awards in Los Angeles.

Cassidy has also been announced as part of the 2020 Melodic Rock Fest Australia line-up, which includes some of the world’s biggest melodic rock artists and shall also embark on a National Tour of Australia in March 2020.”

Cassidy Paris‘ “Give Me Your L O V E” video:

Cassidy Paris Give Me Your L O V E