Toronto, Ontario, Canada based rockers SFD / Searching For Daybreak have called it quits while outlining some of the reasons why. The group consisted of singer Garrett Alto, guitarist Brad Black, bassist Kane Scott and drummer Steve Scott.

The following message was posted on SFD / Searching For Daybreak‘s Facebook page less than an hour ago: 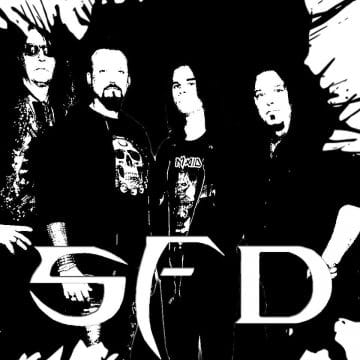 “With great sadness we must announce that Searching For Daybreak / SFD is no more.

Like so many bands before us we have struggled internally on a very passionate level as to how we could continue to move forward in what has become a very difficult industry. To shed light on the current climate, we have been privelaged to share the stage with some great acts such as Anvil, Default, Lee Aaron, Autograph, Lynch Mob and many more but at great cost. Most have no idea that as live venues continue to disappear, even headlining bands are struggling. On average, a supporting act like SFD that is required to sell a minimum number of tickets, will end up contributing roughly 20 to 30 percent to the headliners pay but will see their own pay as low as 3,000 percent less…yes, you read that correctly. In plain English often $125 to a supporting act versus a few grand to the headliner. For a 4-piece supporting act this is roughly $3.90 per hour or less per person. If this isn’t enough, it gets worse…The pay that a supporting act receives now doesn’t even cover gas in many cases. Add unrecoverable costs such as hotel, food, band equipment and props worth as much as $30,000 in total, recording costs in the thousands, etc. and you will understand why it’s become impossible for us and so many other bands to continue on. To say that a supporting act spends as much as $500 just to set foot on a stage every night would not be stretching things. This is not a complaint… it’s just reality as venues also struggle to survive. Over time everything changes and unfortunately hard rock bands are not what the younger generation is interested in and we have to accept this.

Are the members of SFD done with music completely? Not likely as it’s in our blood, but how we will resurface in other projects remains to be seen. I want to thank my band-mates for the serious effort they put out and for their love and dedication to what we did together. We are brothers forever! SFD would also like to thank all the promoters and venues that we had the pleasure to work with and all the radio stations that have supported us. We also thank our families that supported our crazy dreams and so much time away. Most importantly, to all those that have supported SFD over the past 15 years we thank you from the bottom of our hearts… without your support none of the great successes we did achieve such as radio airplay and successful tours over the years would not have been possible. 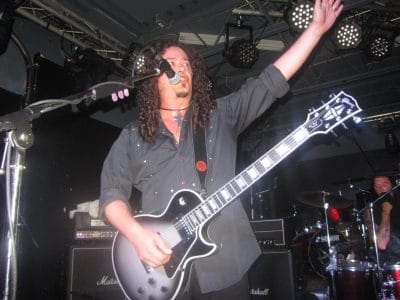 For anyone that is interested in getting a copy of our unreleased EP “Fifteen” which includes Satisfy and Save Me, please message us on this page…$10 including postage in Canada or the U.S.

Sleaze Roxx had the opportunity to see SFD (previously known as Six Feet Deep) open for Lynch Mob back in June 2016 and stated in its concert review: “Before long, the next opening band was up consisting of a three piece group called SFD (Six Feet Deep). I literally knew nothing about them. In retrospect, I think that I saw SFD‘s tall drummer twirling his drumsticks in his hand while eagerly waiting to get on stage when I first walked into the venue. As SFD launched into their first song “Just Leave”, I was dreading an entire set of grunge like material and felt the urge to leave (perhaps the song’s title was spurring me on) but elected not to with the crowd bunching up a lot more just prior to SFD hitting the stage. Luckily, SFD‘s second song played — “The Fight” — was a lot better and from then on, the group kept me interested throughout their entire set. The group’s enthusiasm was certainly there with drummer Steven Scott really pounding on his drums (and breaking a drum stick within the first two songs) and bassist Les Wheeler looking like he was having a great time.”

SFD / Searching For Daybreak‘s “Save Me” video:

Searching For Daybreak – Save Me (Official Video)

Searching For Daybreak’s long awaited first music video for their newest single “Save Me”. Check out our social media for more:Facebook – https://www.faceboo…