Shallow Side release video for cover of Styx’s track “Renegade”

Alabama, USA based rockers Shallow Side have released a video for their cover of Styx‘s track “Renegade” from their forthcoming debut full-length album One, which will be released sometime in 2017. 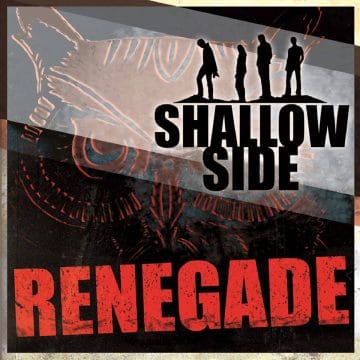 Culman, AL rockers Shallow Side have released their second single and video for the song “Renegade”.

“Renegade” as well as their previous single “Rebel” will appear on their debut full length album One on Thermal Entertainment, LLC due in 2017.

“Renegade” is the band’s take on the classic Styx song written by Tommy Shaw. Eric Boatright says “The song for me has it all. I’ve always been a fan of what I would consider one of America’s greatest rock bands and it became a no brainer when we mentioned ‘Renegade.’ Love Styx, love the song and we wanted to take that same world and bring it to where we are today.”

The band received a great endorsement when Tommy Shaw was sent the video and said “Damn that’s smokin’, I approve”.

The band released two EPs Home Today (2012) and Stand Up (2014). The first single and video “Rebel” has accumulated over 600k views on YouTube and has been listened on Spotify 450k times. It can be seen here.