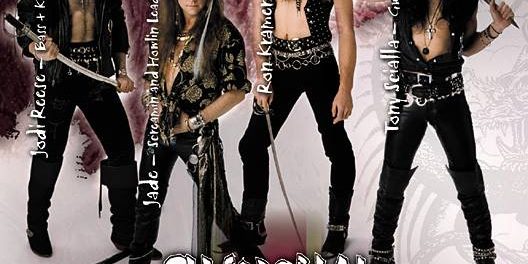 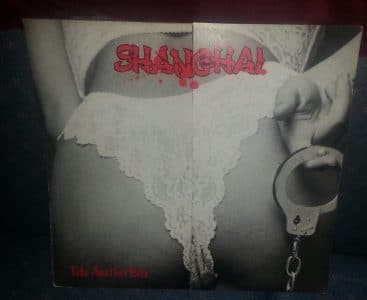 Shanghai are about to celebrate the 25th anniversary of their debut album Take Another Bite by releasing it on limited edition vinyl with three bonus tracks. The group was formed back on September 13, 1989 and released two albums: Take Another Bite and Bombs Away.

Shanghai‘s frontman Jayde spoke to Sleaze Roxx about the special limited edition vinyl release and stated: “The band has been together for 27 years. We released our debut CD Take Another Bite in 1991 on Teichiku Records in Japan and it charted at #19. We sold over 25,000 copies and maybe upwards to 50,000 by now. One of our songs “Please Me Tease Me” was featured in two movies — The Amy Fisher Story with Drew Barrymore and Sunset Heat with Dennis Hopper. James Christian produced and sang backing vocals on it. It’s been 25 years and the CDs are still in demand. 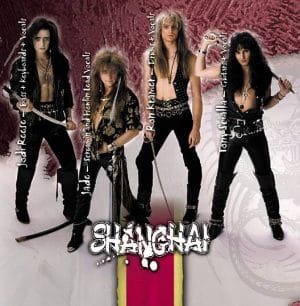 For the first time, we are releasing it in its entirety plus with three bonus tracks. One track will introduce out new band Stranger To Fear which features me on vocals and Shanghai guitarist Tony [Childs] on guitar. Unfortunately, we lost [Shanghai bassist] Jodi Reese in 2009 but his memory and legacy will live on in this recording. We also released our sophomore CD Bombs Away in 2001 through Metal Mayhem and have our debut CD in the Metal Mayhem Collectors Series #1. I’m doing a fundraiser to make the money and I’m making limited edition t-shirts and posters. The vinyl will be limited and will be on colored vinyl.”

Sleaze Roxx stated the following in its review of Shanghai’s Bombs Away! album back in 2003: “W.A.S.P. bassist Mike Duda helped the guys out and did all the bass parts, while House Of Lords member James Christian co-produced. The look and sound here is pure 80’s sleaze rock, nothing original, but entertaining none the less. Shanghai receives two thumbs up for Bombs Away.”