Switzerland based rockers Shezoo have released a video for the title track of their new album Agony Of Doubt, which will be released on January 26, 2018. 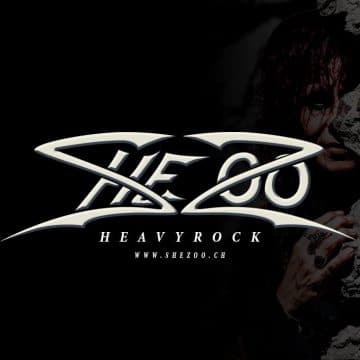 “The multi-national Swiss band Shezoo plays with a standard line-up, but a special sound.

Founded in 2006 by six women, even male beings have found their way into the current band line-up which now consists of one woman (She…) and three men (…zoo). And yet, Shezoo have never lost sight of their true direction without following any musical patterns.

Shezoo are definitely influenced by bands like Iron Maiden, Led Zeppelin, Queensryche, Dio, Kingdom Come, Accept and many more artists from the Golden Era of 80s metal as well as by today’s big names. Shezoo won’t reinvent the wheel which does not prevent them from proclaiming passionately and directly kick-ass messages packed in heavy rock songs.

The title of the last Shezoo album “Change” (2014) is not without reason as several unexpected events led to various changes within the band constellation. Being a band member from day one: the charismatic Dutch frontwoman Natacha who recorded the new album “Agony Of Doubt” together with the passionate guitarist Micha (GER), the hard-hitting drummer Jerry (CH) and the smart bassist Ralf (CH). With this line-up, it quickly became clear that everybody wants the same: creating new songs with a lot of power and energy and playing more and more shows to rock the stage all over the world – to entertain longtime fans and new audiences.

The new album “Agony Of Doubt” was recorded at the Iguana Studios close to Freiburg (GER). With charm and enthusiasm, the three background heroes were capable to support Shezoo even in nerve-wracking situations. Mr. C who knows a trick or two while mastering the album. Axel Friedrich who is like a big brother to Natacha and has recorded all vocals since the album “Open Zoo” (2011) supporting Natacha technically and mentally. Jan Yrlund (darkgrove.net) who has accompanied Shezoo with his art since the album “Change” and succeeds again in transforming Shezoo’s vision into reality. Thanks to these three busy helpers and loyal fans, Shezoo are able to keep focusing on heavy rock with power and vigour – whether on CD or live on stage.”