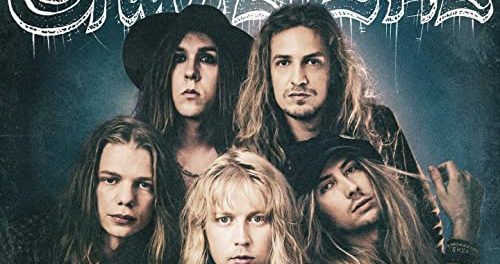 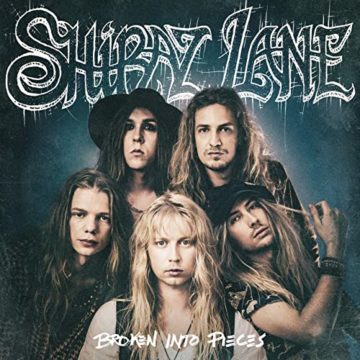 “Perseverance and determination — it seemingly takes a lot of both to “make it” — and Finnish rockers Shiraz Lane have proven that they have plenty of both to navigate the often discouraging musical landscape for many new bands in the last 20 years. Formed back in December 2009, it took a decade for Shiraz Lane to be recognized by the Sleaze Roxx readers on its year end list. How far have Shiraz Lane gone in the last decade? The Finnish rockers released two EPs Before It Strikes (2011) and Lights Out (2012), which they pretty much erased from their history, before getting a “fresh start” when they signed with Frontiers Music Srl in September 2015. They went on to release their “debut” EP Be The Slave Or Be The Change in late 2015 as well as two full-length albums For Crying Out Loud (2016) and Carnival Days (2018). In addition, Shiraz Lane have been the main support act on many big European tours in the last few years.

It seems like ages ago when myself as well as two Sleaze Roxx writers went to check out the Hard Rock Rising Helsinki winners Shiraz Lane who cashed in their prize, which was an all-expenses paid trip to play the Hard Rock Cafe in Toronto, Ontario, Canada in mid-November 2014. Whomever was in charge of that show at the Hard Rock Cafe did a horrendous job of advertising the gig, which resulted in sadly only a handful of people in the audience to greet the young Finnish rockers. I am sure that has happened to just about any band that eventually broke through but it must have been quite disheartening for the Shiraz Lane band members to win a big contest beating out many bands only to fly across the Atlantic Ocean to play to only a handful of people. Nevertheless, Shiraz Lane persevered and a little more than four years later, have notched a very impressive finish at #6 on the Sleaze Roxx Readers’ Top 20 Albums of 2018!”