After seemingly disappearing for almost three years following the release of their sophomore album Forewarned, Canadian power metal rockers Shock are back rehearsing together.

During Shock‘s hiatus, the band became the subject of a Sleaze Roxx series titled Shock –Tales From The ’80s, which had six instalments: Opening for Megadeth in July 1986 ; “Opening” for Motörhead on November 13, 1986; The Saxon tour rider on February 4, 1986; Killer Dwarfs look-alike and early musical influences; Shopping for Metal Church + putting the band together; and, Anthrax disappoints + the plan on how to “make it.” 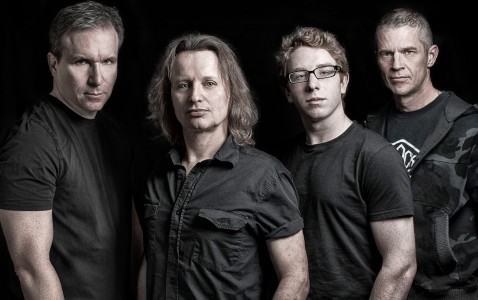 Sleaze Roxx stated the following in its review of Forewarned:

“As power metal group Shock called it quits back in 1990 with no album to their name, I never ever thought that the day would come when the group would resurface with one album, let alone two. Having grown up in Canada’s nation capital in the mid to late ’80s, Shock were on par in my eyes with a lot of the other heavy metal acts gracing magazine covers except that they did not have a record deal and the recordings of their classic metal songs that I got to listen to were usually of subpar quality. Fast forward to mid or late 2012, I was very surprised to discover that the band was active once again. I quickly set up an interview with two of the band members and a few months later, Shock released their debut album Once Denied, which received critical acclaim from virtually everyone that heard the record including Sleaze Roxx. Once Denied in fact turned out to be my favorite album released in 2013. 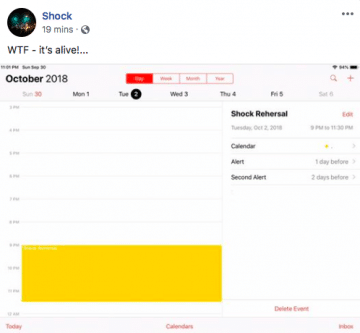 The big question was how Shock would be able to follow up their stellar debut album Once Denied since arguably the band had already picked, chosen and used its eight best songs from its 1985 to 1990 era for its debut album more than 22 years later. However, being familiar with a good portion of Shock‘s back catalogue of songs from their mid to late ’80s era, I knew that there were three songs — “Your Money Your Life” (now called “Barely Alive”), “Ringleader” and “Sonic Assault” — that could have easily have made their way onto Once Denied but for whatever reasons, did not. The ship has been righted as all three tracks appear on Shock‘s sophomore effort Forewarned. Since all three songs were written around the same time period as the ones that appear on Once Denied, it is not surprising that they provide a nice continuation from Shock‘s debut album….

I knew that the aforementioned three tracks were going to be really good and even better once they got the Shock makeover arrangement twenty plus years later and Shock delivered on those three songs as expected on Forewarned. The five tracks that had me intrigued were the remaining tracks chosen by Shock for Forewarned given that I admittedly lost track of the band as the eighties drew to an end and since the group started playing more progressive type metal as time went on. As anticipated, the remaining tracks on Forewarned are more complex with more intricate and at times unorthodox song structures, which means that more time is needed to fully appreciate them.”