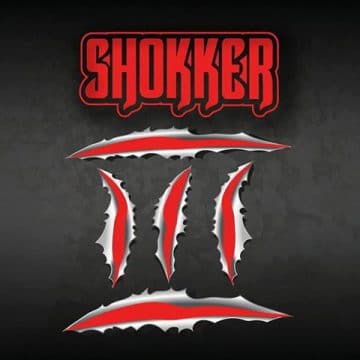 Chicago, Illinois, USA heavy metal rockers Shokker have released a second album promo for their debut full-length album III, which was released back in April 2017.

Sleaze Roxx stated the following in its review of III: “As good as Shokker‘s III album is, I think that Shokker can do even better and reach even loftier heights in the future because the potential is there with Quinn’s powerhouse singing and Tremont‘s superior guitar skills. Only time will tell but for now, I will just enjoy what I consider to be one very solid slab of traditional heavy metal music. Given the amount of stellar releases already in 2017 — and we’re not even half way into the year — I am hesitant to proclaim that Shokker‘s III will make it into the Sleaze Roxx’s Top Ten Albums of 2017 but it will definitely get due consideration in that regard. If you like straight up heavy metal with soaring female vocals, Shokker‘s debut full-length album should be part of your record collection.”